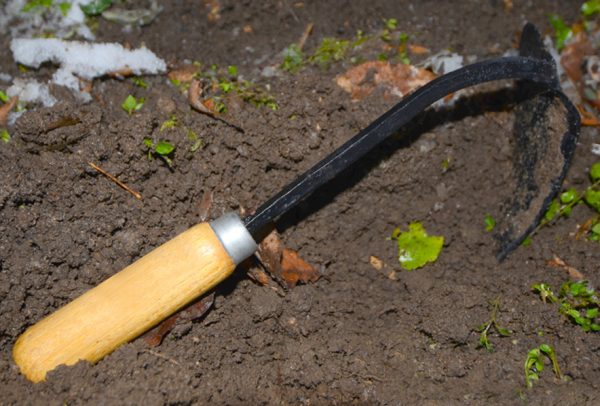 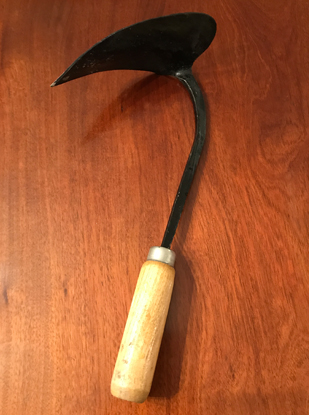 The Homi is an ancient Asian tool that was believed to have originated in Korea. Its Korean name, Homi, means ‘little spear’. Women, working on small family farms, carried only a homi to accomplish their day’s work in the fields. Over time, the homi was gently crafted and re-crafted until it became the perfect tool. the Homi combines a very sharp point for digging, cutting and trenching with a precisely angled, triangular blade used for weeding. It has exact balance between the handle and blade, perhaps the most important feature of all. The balance eases the tension on the muscles of the forearm so the user can work for hours without experiencing muscle fatigue. The blade is hand forged in small blacksmith shops in the area outside of Seoul, Korea. The triangular blade is made of sturdy, heat-treated metal and deeply anchored into a hardwood handle. A single homi replaces the trowel, dibber, hand hoe and hand rake combined. It has one drawback. Most homis available for purchase in the US today are designed for right-handed people. In the hands of a left-handed person, a right-handed homi is not comfortable. Harvesting History does not sell a left-handed homi because we have not been able to find one that is commercially available. If you are left-handed, ask if the store where you are purchasing your homi sells a left-handed version. If the answer is “no” or, worse, “There is no difference”, don’t purchase the tool they offer. When most of us are sick of weeding, the homi makes quick work of garden weeds. It cuts to pieces nagging roots and allows you to gently remove some mighty big rocks. Later in the fall, you will find that it is an exceptional tool for planting bulbs. You will also find that it breaks up soil nicely and it allows you to work compost into the soil easily without disturbing the other plants. This piece of Korea’s heritage has made its way into many of the world’s cultures. It just proves the point that appreciation for perfection in design, utility and versatility can be ubiquitous and knows no cultural barriers.

Man moved from independent forager and meandering hunter to civilized communities with the development of agriculture, and agriculture evolved into existence when mankind began to invent and manufacture tools to accomplish agricultural tasks.

Digging tools have been traced as far back as 1100 BC when the Chinese created and used a bronze spade. The Romans are responsible for proliferating soil digging tools throughout Western culture. When the Roman Empire went into decline, the technology of the forge nearly disappeared and with it many tools. It took nearly 500 years before garden tools reemerged. Cultivating tools, those that allowed for the turning of the soil and weeding, were also developed during the Roman Empire and proliferated in Europe during the Middle Ages. Propagating knowledge is as old as civilization itself. Propagating tools, like cold frames and cloches (bell-shaped glasses meant to protect seedlings from frost) were recognized by the earliest Native Americans and the Medieval Europeans and may trace it roots as far back as Noah.

Planting tools like dibbers, trowels and bulb planters were used during the Roman times. Cutting tools are believed to have originated around 6000 BC and were first used to trim grapevines. Watering and composting began with the advent of agriculture and perhaps the best example of long term systematic watering was the annual flooding of the Nile Basin in Egypt. The very first water carrying tools were gourds used by prehistoric peoples. Holding and hauling for agricultural purposes began very early with baskets being used before 4000 BC and wheelbarrows being developed in China in 200 AD. Raking and sweeping tools have been part of gardening culture for at least 500 years in Western culture. 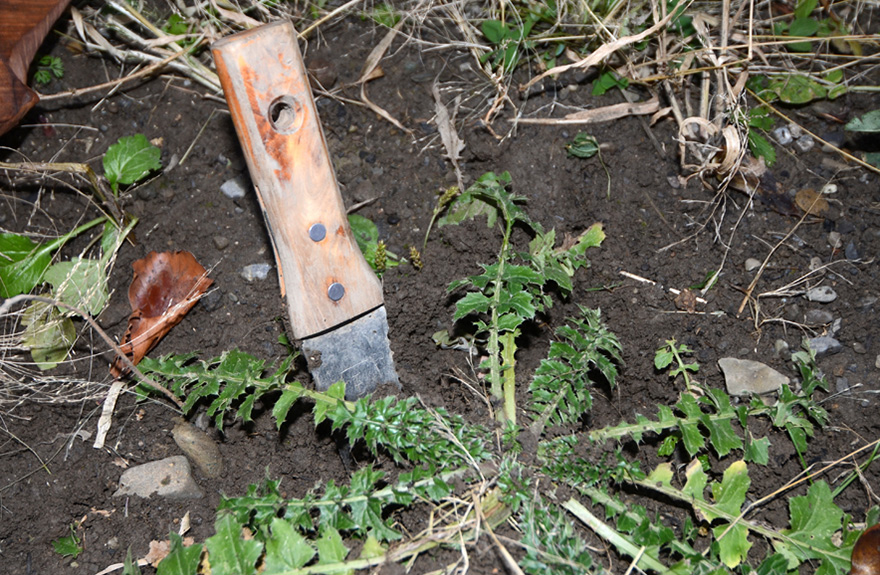 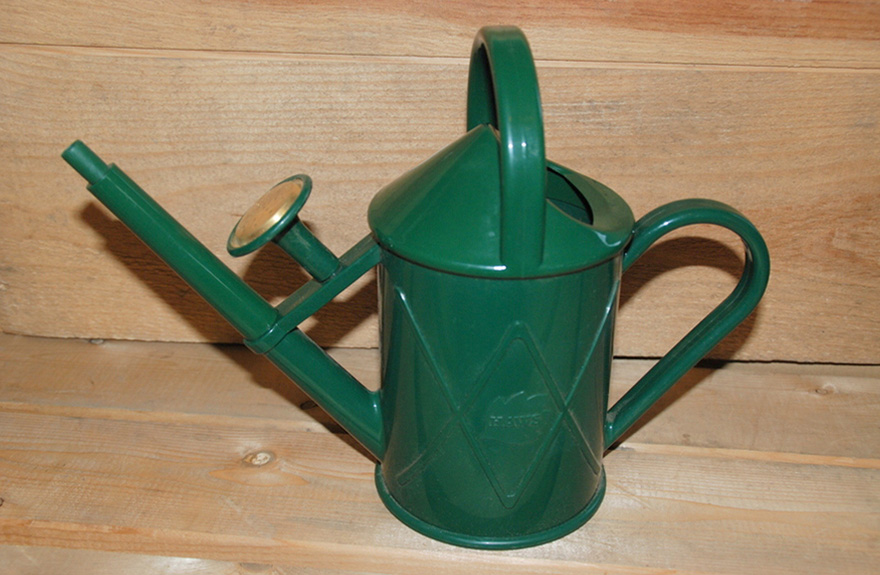 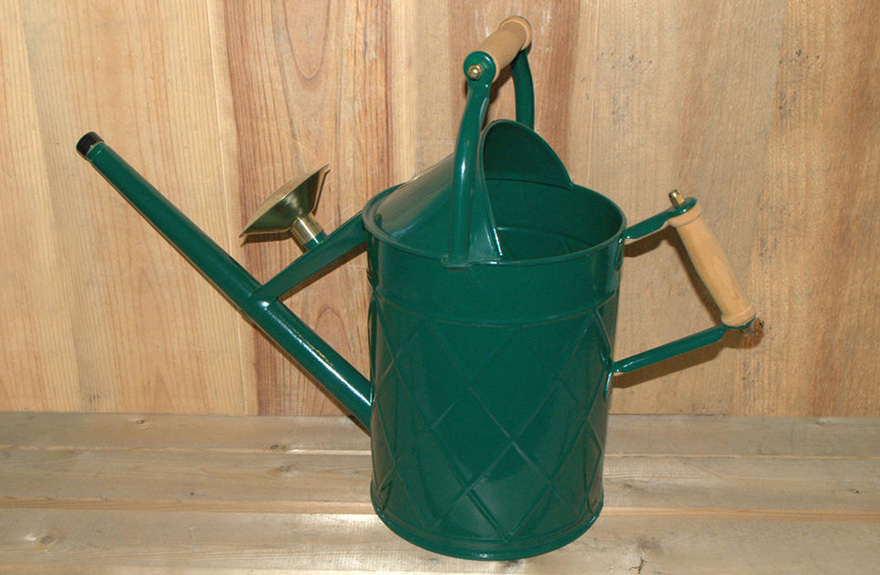 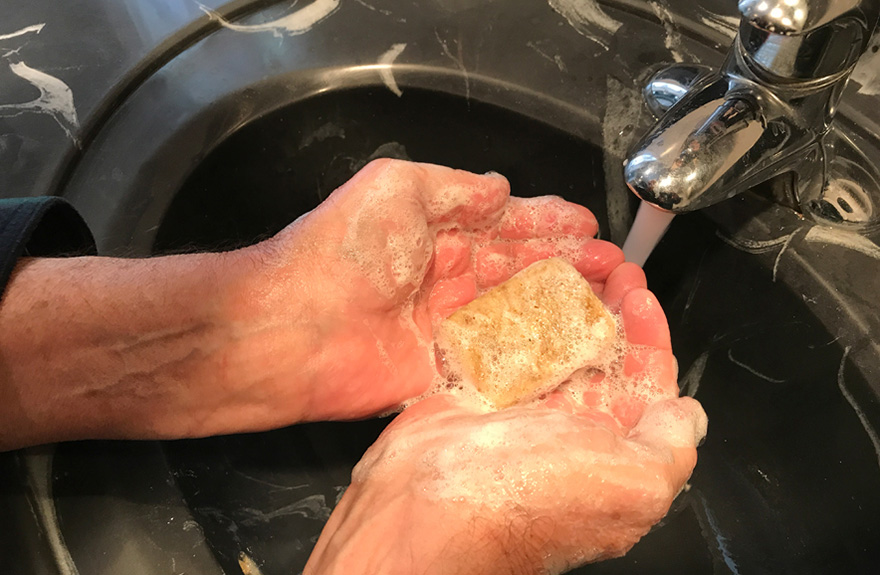