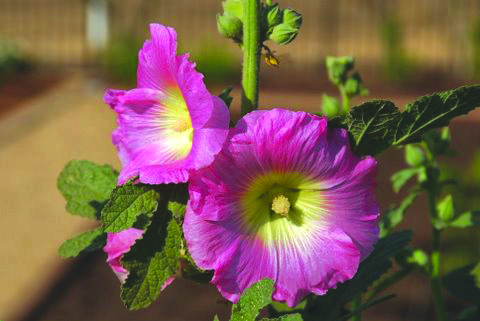 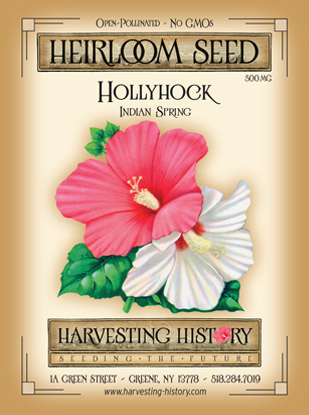 Hollyhocks are sometimes difficult to grow from seed. They can be started indoors in February if bottom heat is applied. They should be planted ½ inch deep and will take 14-21 days to germinate. Nigra can take longer. Because of the long germination time, the seeds often rot. They should be planted outdoors when the danger of frost is passed and spaced 8-10 inches apart. They usually do not bloom the first year. They will begin blooming in the second year during June and continue throughout the summer.

Hollyhocks whose current Latin name is Alcea rosea were known in Gerard’s time (John Gerard, 1545-1612, author of the definitive horticultural text of the period, The Grete Herball, 1597,) as Malva Hortensis and in Breck’s time as Althea rosea. The plant is a biennial native to Turkey and other parts of Asia, but the Hollyhock that was introduced into Britain in 1573, and the plant with which we are familiar, probably came from China by way of Palestine. The name Hollyhock is believed to have derived from the Anglo-Saxon term, ‘holy-hoc’ or holy mallow – mallow being a common name given to all members of the althea family. The word, althea, comes from the Greek, altheo, meaning, to cure – a reference to the medicinal virtues of the plant. The plant was used for tuberculosis, bladder inflammations, soothing swollen horses’ heels, etc. Hollyhock Nigra was first described in 1629. Its huge black-red flowers have been prized for centuries. The doubles, thought to be a relatively recent addition, were developed centuries ago, but significantly improved in the late 1800’s. Joseph Breck in his 1851 book, The Flower Garden, said of the hollyhock, “A great improvement has been made in this old-fashioned, ordinary flower, within a few years, that has brought it before the public under a new phase; and it now bids fair to become as popular as many other flowers have been when taken in hand by the florist.” Breck went on to provide a lengthy quote from an English horticultural paper. This quote combined with Breck’s remarks made the discourse on hollyhocks the longest in Breck’s book. Hollyhocks were grown and valued in Elizabethan days and for the first half of the 19th century. A horticulturalist named Chater of Essex, England worked for decades on improvements to the plant and developed Chater’s Double in the 1880’s, one of the most popular hollyhocks of all time. In 1873, a rust disease which had spread from South America to Australia and then to Europe began to attack hollyhocks. The effects of the disease were so devastating that the cultivation of hollyhocks was all but abandoned by the end of the 19th century. By the 1930’s, Hollyhocks were beginning to make a comeback. In 1939, Hollyhock Indian Spring was introduced and it remains the most popular single and semi-double mix of white and pink blooming hollyhocks available. 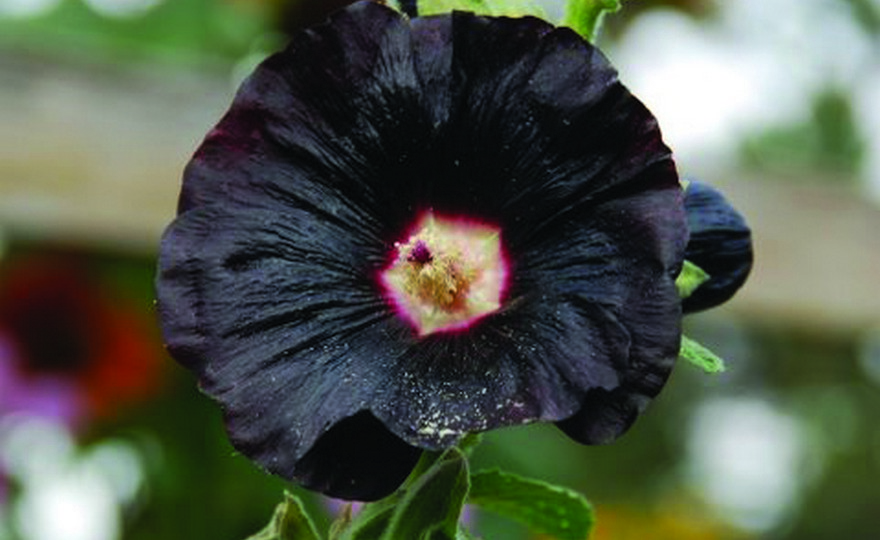 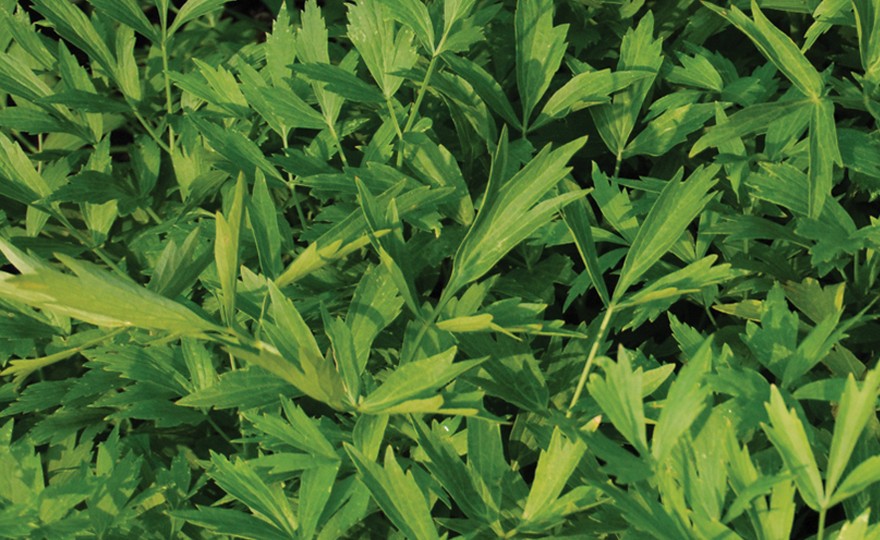 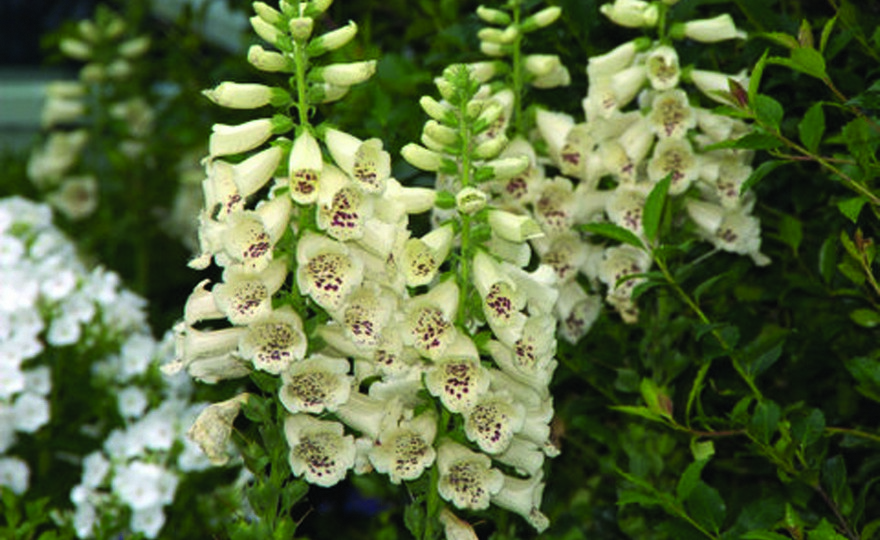 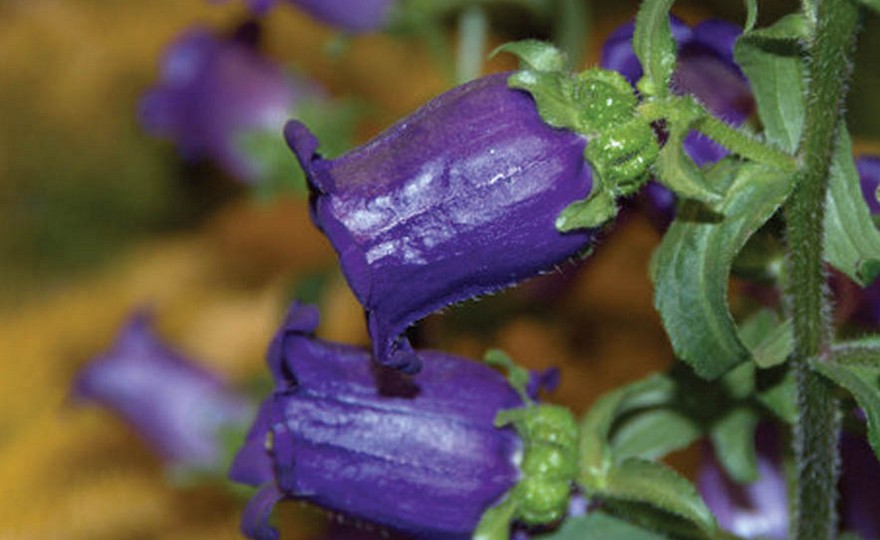 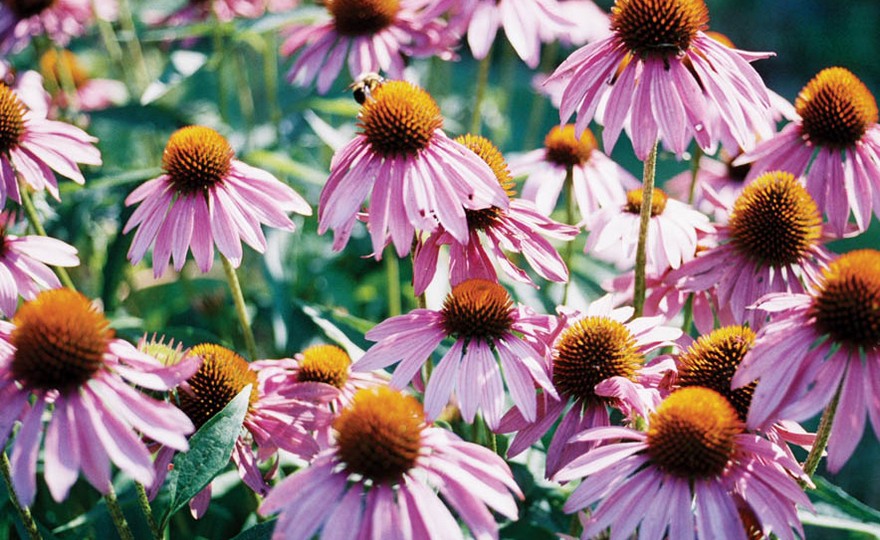 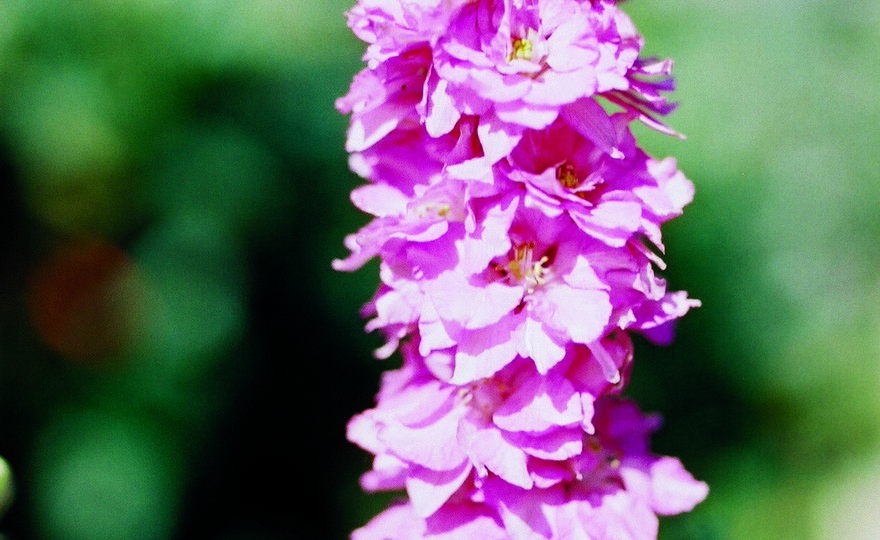