The Collard and the Kale 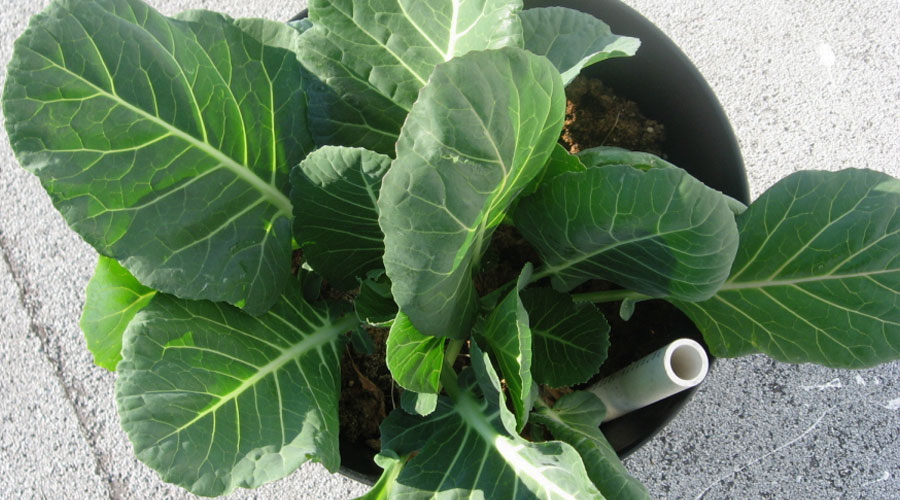 Kale and Collards are probably the earliest cultivated variations of the European wild cabbage. Kale is known to have been widely grown by both the Greeks and the Romans. From a scientific classification point of view, kale and collards are considered to be the same plant – just two different varieties. Sometimes collards are described as a kind of kale. However, diehard Southerners will tell you that collards are collards and kale is kale and they are very different.

Kale, also known as Borecole, and collards are non-heading, leafy greens that are among the most cold-hardy vegetables grown. Kale is definitely a cool season crop whose sweet flavor is substantially enhanced when the plant is exposed to several hard frosts. Collards, on the other hand, thrive in the heat but can withstand temperatures down to 10 degrees Farenheit.
Both collards and kale are extraordinarily nutritious vegetables. The leaves contain lots of calcium and potassium and are rich in the Vitamins A and C.

In a 1848 Catalogue it was written, “The Collard is a long leaved variety of cabbage, without head, cultivated at the South, principally by those who are not aware there are better articles of the tribe. None who have once reared to perfection the fine Drumhead or Flat Dutch will be satisfied to cultivate the Collard.” Kale, on the other hand, he very much appreciated when he wrote, “The Borecole contains several subvarieties, the common characteristics of all which is an open head, sometimes layers of curled or wrinkled leaves, and a peculiar hardy constitution, which enables them to resist the winter, and remain green and fresh during the season. Morgan saya it is impossible to find a plant of more excellence for the table, or more easily cultivated, than the common Borecole.”

Both kale and collards are usually grown as cool weather, fall or winter crops. They enjoy rich, fertile soil, but unlike their cabbage, broccoli and cauliflower cousins, they will do well in average garden soil as well. About 12 weeks before the first frost date, they should be direct seeded in rows 24-30 inches apart. Seedlings should be thinned to 12-15 inches. In 60-65 days, kale and collards can begin to be harvested by cutting their leaves. With collards, cut the inner leaves leaving six outer leaves and the crown to help the plant thrive. If mulched, both collards and kale will last into the winter, except in the harshest northern climates. If the plants survive until the spring, they will then go to seed as they are both biennials.