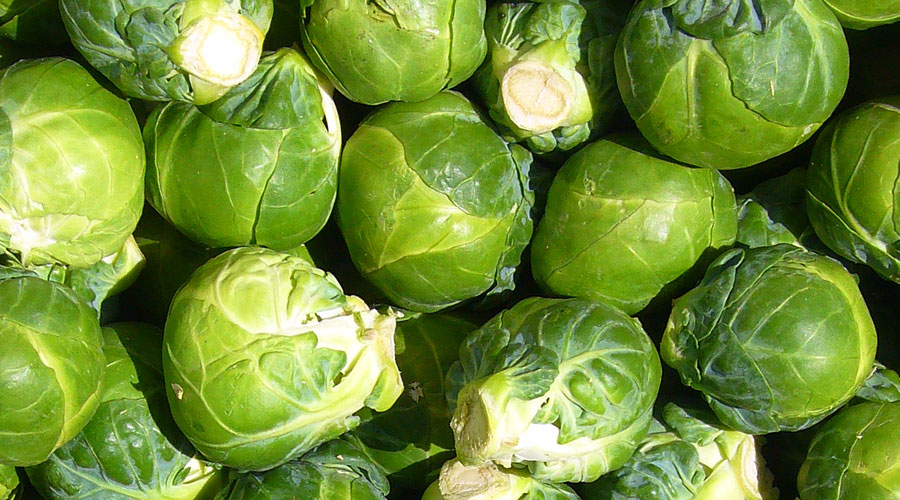 Brussels Sprouts belong to the Brassica family of vegetables, the largest vegetable family known. This includes cabbages, cauliflowers, broccoli, collards, kale, kohlrabi, turnips, and rutabaga. The plant is believed to have developed from a form of kale-like wild cabbage. It was discovered and popularized in the 14th century near Brussels in Belgium.

By the mid-19th century, Europe was enjoying the Brussels sprout, but it had not gained acceptance in the United States. It was written in a 1848 seed catalogue, “…The sprouts are used as winter greens; and at Brussels they are sometimes served at the table with a sauce composed of vinegar, butter, and nutmeg, poured upon them hot, after they have been boiled. And the top, Van Mons says, is very delicate when dressed, and quite different in flavor from the sprouts…”

Brussels sprouts need a long growing season, about 100 days. Brussels sprouts can be direct seeded about four months before the first fall frost or started indoors in flats in the early spring. When direct seeding, plant the seeds half an inch deep. Transplants or seedlings should be spaced 18 inches apart in rows spread 24-30 inches apart. Mix compost or dried manure and bone meal into the soil around the seedlings. Once sprouts begin to form around the stem, pinch off the growing tip of the plant. This will encourage the sprouts to swell. Brussels sprouts are extremely frost tolerant. Along with collards and kale, Brussels sprouts are the last green vegetables to survive in fall gardens.