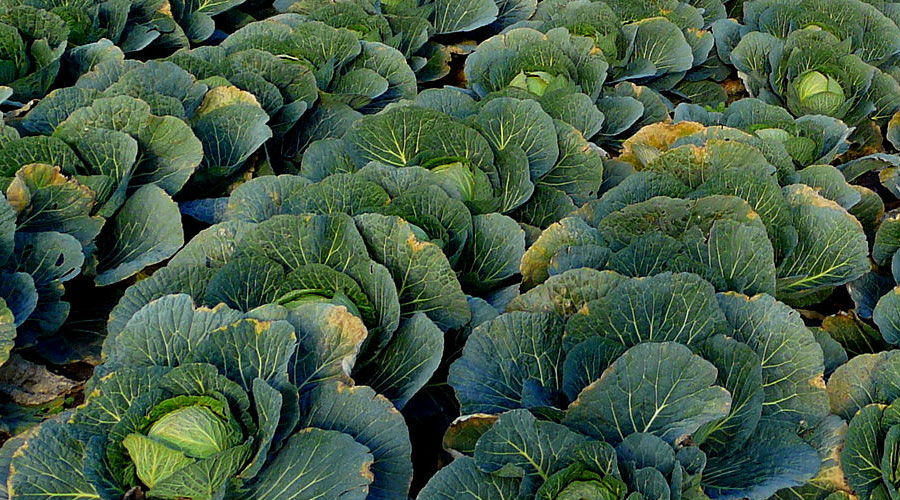 In 1848, it was written, “The cabbage tribe is, of all the classes of cultivated vegetables, the most ancient, as well as the most extensive. The Brassica oleracea being extremely liable to sport or run into varieties or monstrosities, has in the course of time, become the parent of a numerous race of culinary productions, so various in their habit and appearance that to many it may not appear a little extravagant to refer them to the same origin.”

In a few short phrases, it captured the essential essence of this incredible family of vegetables. The cabbage family, which includes broccoli, cauliflowers, Brussels sprouts, collards, kale, kohlrabi, turnips, and rutabaga, is one of the most ancient vegetable families known to man. The ability of brassica to mutate into so many interesting and bizarre forms may very well be unique in the plant and animal kingdoms.

Modern day head-forming cabbages developed from a wild, loose-headed cabbage believed to be similar to our savoy cabbages. Cultivation of the wild cabbage began thousands of years ago in the Middle East and spread east into Asia and west into Europe at the same time. The smooth, tight-headed cabbages that are popular today are a relatively recent development. The Romans, for example, probably did not grow the smooth varieties, but instead were familiar with a loose-headed, savoy-leaved type of cabbage. The red and purple varieties were developed and popularized in Europe around the 16th century.

Cabbages are typically classified by the shape of their heads:

Specific subvarieties are differentiated by color, keeping other similar qualities like length of growing season.

Cabbages must grow in cool weather to form good heads. Early varieties will produce mature heads approximately eight weeks after transplanting. Late varieties will require as much as 16 weeks to produce mature heads. For early and midseason varieties, seed should be started indoors, 4-6 weeks before transplanting to the garden and 6-8 weeks before the last frost. Before transplanting, harden off seedlings for at least a week. Prepare the garden soil by adding compost or a mixture of dried manure and bone meal. When transplanting seedlings, set them 15-18 inches apart in rows that are 24-30 inches apart. Cabbage can also be direct seeded, however, this is most successful with fall crops. Cabbages require consistent moisture. A heavy period of rain after a prolonged dry spell will cause cabbage heads to split. Cabbages can tolerate mild frosts, but will not survive a hard frost or snowfall.