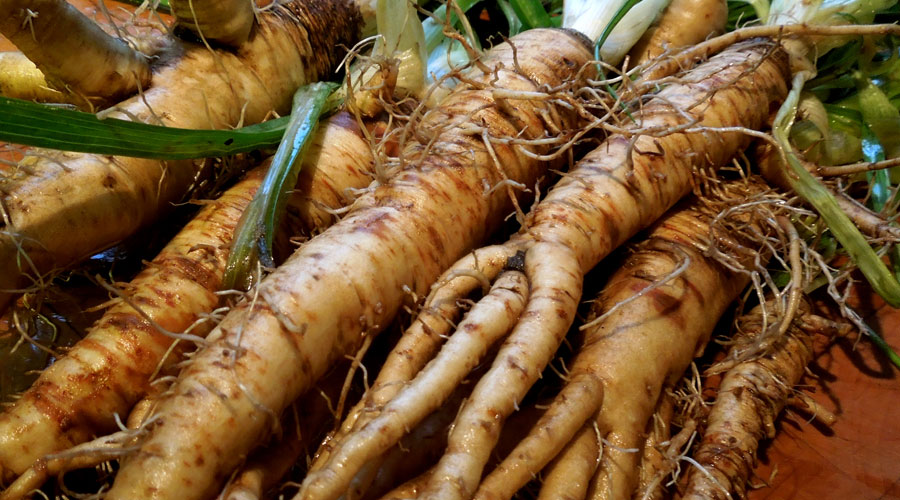 The Salsify – A Little History and Some Growing Instructions

Salsify is a hardy, long-season perennial vegetable that has a deliciously flavorful creamy root. It has been cultivated for centuries in Southern Europe and around the Mediterranean. It has never gained widespread popularity, but has always had a very loyal following among a devoted few.

Salsify came to the New World with the colonists and was grown throughout New England and the Mid-Atlantic. In 1848 it was written, “The Salsify is indigenous to England. The roots are bioled or stewed like carrots, and have a mild, sweetish flavor. They are also par-boiled, made into cakes, and fried like oysters, which, when thus cooked, they strongly resemble, in both taste and scent. The stalks of year old plants are sometimes cut in the spring, when about four or five inches high, and dressed like asparagus. The cultivation of the root is precisely the same as that of the carrot, parsnip, and beet, and is preserved during the winter in a similar manner.”

Salsify, also known as oyster plant, looks something like a skinny parsnip, but unlike parsnip it is not very sweet. Its rich, unique flavor has been likened to oysters. Salsify does not keep long after it is harvested. It is recommended that salsify be left in the ground and harvested as needed.

Salsify requires a light, well-drained soil rich in compost or other organic matter. Sow seed, thinly, in spring, planting 1 inch deep in rows 18-24 inches apart. Thin plants to 4 inches apart. The plants require a long growing season, 120 days, but are very cold tolerant and the roots tend to be more flavorful when exposed to several hard frosts. Salsify can overwinter if mulched heavily.