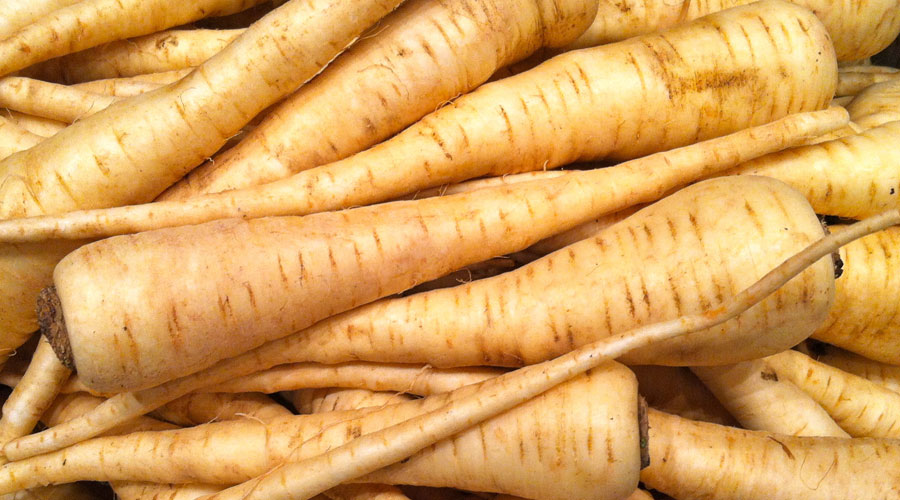 The Parsnip – A Little History and Some Growing Instructions

Parsnips have been cultivated for their sweet roots since ancient times. The Romans frequently grew the vegetables. In fact, Emperor Tiberius adored parsnips and, every year, had them brought from France where the colder climate allowed the roots to develop a sweeter flavor. The British are particularly fond of parsnips. It was British colonists that introduced the vegetable into the New World in 1609.

Parsnips are native to Europe, but they have been introduced throughout the world, and because they are so hardy, they now grow wild having escaped from cultivated gardens in many areas. Parsnips are such aggressive naturalizers that it was noted in 1848 that, “The Parsnip is a native of Europe. Having been introduced here, it has strayed from the gardens and become naturalized. There are three varieties, only one of which is grown at Philadelphia, it is termed the ‘Sugar Parsnip,’ and is the same known abroad as the ‘Lisbonaise.’

The parsnip requires a long growing season, but the distinctive sweet flavor of the root will only develop after a hard frost. Though the parsnip is grown in the southern part of the United States, it has become a favorite of cold climate gardeners. Because it is one of the hardiest vegetables, it can overwinter easily with careful mulching.

Parsnips do not like rich, fertile soil. Instead they prefer average soil that is a loose loam. Parsnips are very slow to germinate (approximately 3 weeks). Direct seed in early to mid-spring planting the seed ½ inch deep, 1 inch apart, in rows 18-24 inches apart. Thin the seedlings to 4 inches apart.

When harvesting parsnips, dig, do not pull the roots after several hard frosts. The roots can be harvested throughout the winter if heavily mulched with straw. Parsnips are some of the hardiest vegetables grown. They can freeze solid without losing any of their sweet flavor or compromising their texture.