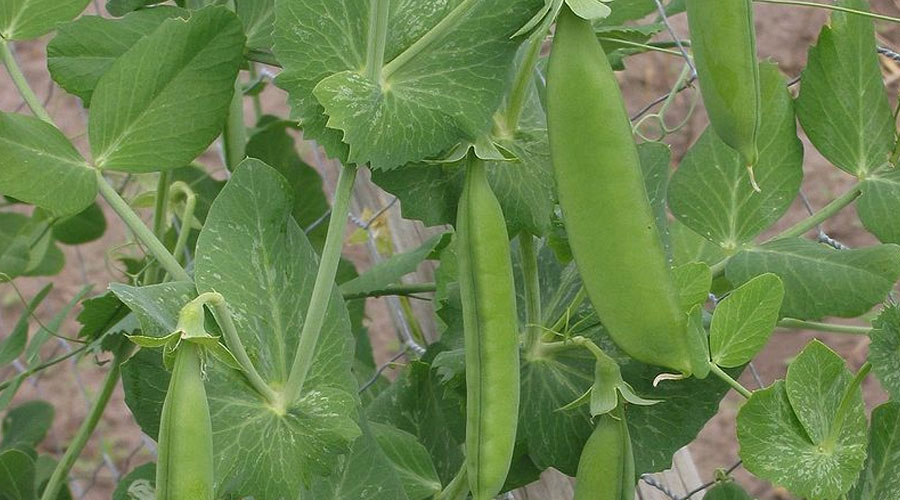 The Pea – A Little History and Some Growing Instructions

Peas, along with beans and grains, are among the earliest of all cultivated vegetables. Evidence of peas have been found in lake mud beneath the site of houses created by Bronze Age Swiss lake dwellers that is over 5000 years old. Peas have also been found at a prehistoric cave site in Hungary that is believed to be much older than the Swiss site. Interestingly, no evidence of peas has been found at ancient Egyptian sites, but peas have been found in the ruins of the ancient site of Troy. The Aryans of Western Asia introduced the pea to the Greeks and Romans, but neither civilization held the pea in high regard. It was only after the Norman Conquest of England that peas appeared in this part of the world and then with little note until the 16 the century when they were described in detail by the French. However, by the end of the 16 the century botanists in Belgium, Germany, and England were describing many kinds of peas including tall and dwarf with white, yellow and green seed colors.

The wild pea, which no longer exists, was probably indigenous to middle Asia from northwest India through Afghanistan, to the Near East and to the plateau and mountains of Ethiopia. In all of these areas, today, wild peas of cultivated species have been found as well as a remarkable diversity of cultivated species.

Peas prefer cool weather. Peas grow best in well-drained soil that is rich in phosphorus and potassium. Moisten seeds before planting and coat with bacterial inoculant powder. Bacterial inoculant powder is important because rhizobial bacteria contained in the powder form nodules on the roots of the pea plant and convert nitrogen from the atmosphere into a form available to the plants. Plants will be healthier and more productive.

Peas should be direct seeded as soon as the ground can be worked in the spring or about 8 weeks before the first frost for a fall crop. For pole varieties, plant seed 1 inch deep and 4 inches apart against a trellis made of chicken wire. For dwarf varieties, plant double rows spaced 8 inches apart leaving 3-4 feet on each side of the double row. Truly dwarf varieties (up to 24 inches) do not require trellising, but semi-dwarf varieties (over 24 inches) will require trellising.