The 4 Greatest Heirloom Eggplants of All Time 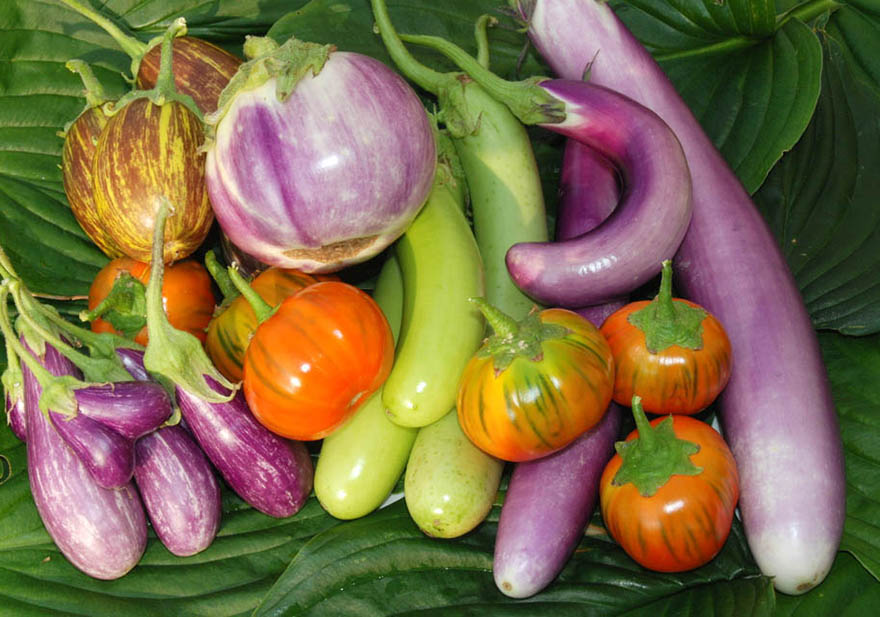 The 4 Greatest Heirloom
Eggplants of All Time

Eggplants originated in China and India and have been cultivated there for thousands of years. The Spanish Moors introduced the eggplant into southern and Eastern Europe where it became very popular. The early explorers of the New World introduced eggplant into the Americas in the 1500s, but the plant never caught on. For many years, Americans were suspicious of the plant because it belonged to the Nightshade family, of Deadly Nightshade fame. Eggplants, tomatoes and potatoes all belong to this family and many Americans thought the vegetables were poisonous.

In a mid-1800 American seed catalog, two varieties were listed Large Purple and Early Purple. At that time, egg plant or melongena as it was called was described in the following way,

“This vegetable is a native of Africa; hence the name Guinea Squash by
which it is designated in the southern states. Of late years it has become of very general use, and large numbers of them are grown for the Philadelphia market; they are used in stews and soups, and cut in thin slices and fried.
In the latter mode they closely resemble oysters similarly cooked.”

For the better part of three centuries, Americans have known the large purple eggplant. In the 1960’s, some of the smaller Japanese varieties were introduced for home gardeners. Only recently has America embraced the extensive varieties of Indian, Italian, Japanese and Chinese eggplants.

The eggplant family is one of the largest and most diverse of the vegetable plant families. The size and shape of the plants and the size and shape of the fruits vary tremendously, but all eggplants were originally tropicals. They love and require heat. It can almost be said, “the hotter, the better”. We believe it is this requirement for heat that makes eggplants an ideal container vegetable. Every eggplant that we know of will grow in a container. Eggplants produce prolifically in containers. They love the heat coming off a brick, stone or concrete wall on a patio.

Because eggplants require a long growing season, usually 120 days or longer, eggplants should be started indoors in flats, 8-12 weeks before the last frost date. Transplant the seedlings to the garden or container about 3 weeks after the last frost date when the soil has warmed to the touch. Plant the seedlings 18-24 inches apart in rows spaced 36 inches apart. Eggplants thrive in rich, sandy loam soil, but they are not finicky about soil and will also do well in average soil. Eggplants do not like to be overwatered and only lightly fertilize about once a month. Once the nighttime temperatures are above 70 degrees, the plants will set fruit continuously as long as ripened fruit is routinely harvested. 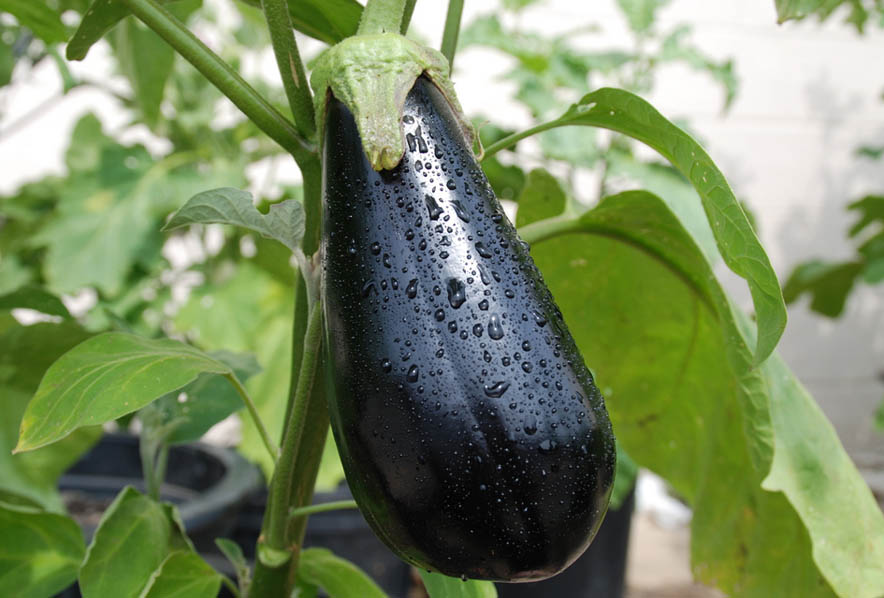 Black Beauty, introduced in 1902, produces the largest (1-3 lb.) eggplants grown today. The 6-9 in. long by 3-6 in. wide fruit is a magnificent, deep purple. The flesh has an excellent sweet flavor. Plants produce 4-6 fruits, at most. 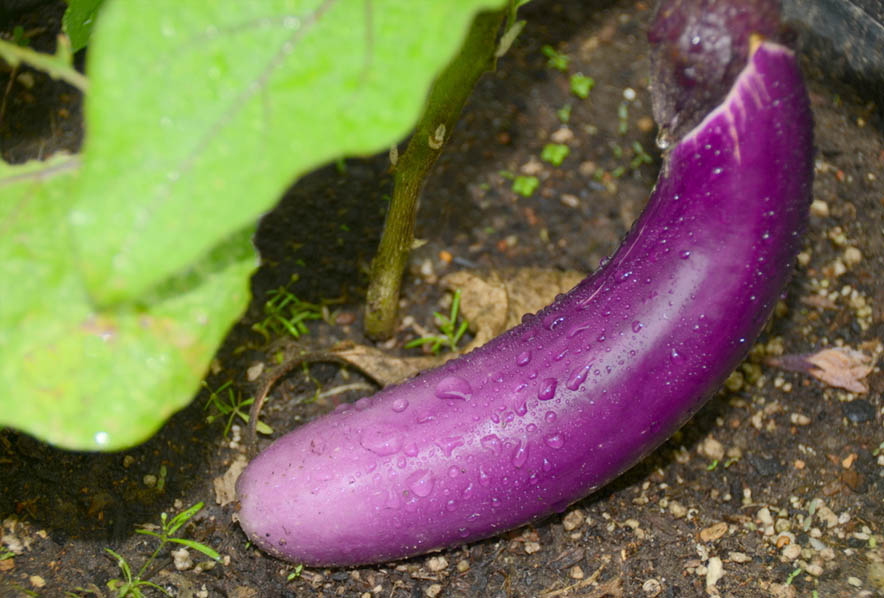 In America, eggplants were grown largely for their ornamental value, but were not a common culinary vegetable. In the late 1800s, when Asian immigrants began populating the US, they brought with them other eggplants. One of the most popular was the long, thin, purple eggplant from Taiwan known as Ping Tung. This is an exceptional eggplant with sweet, pleasant tasting flesh.

The plants are incredibly prolific and produce throughout the entire season.

They are more disease resistant than other eggplants. 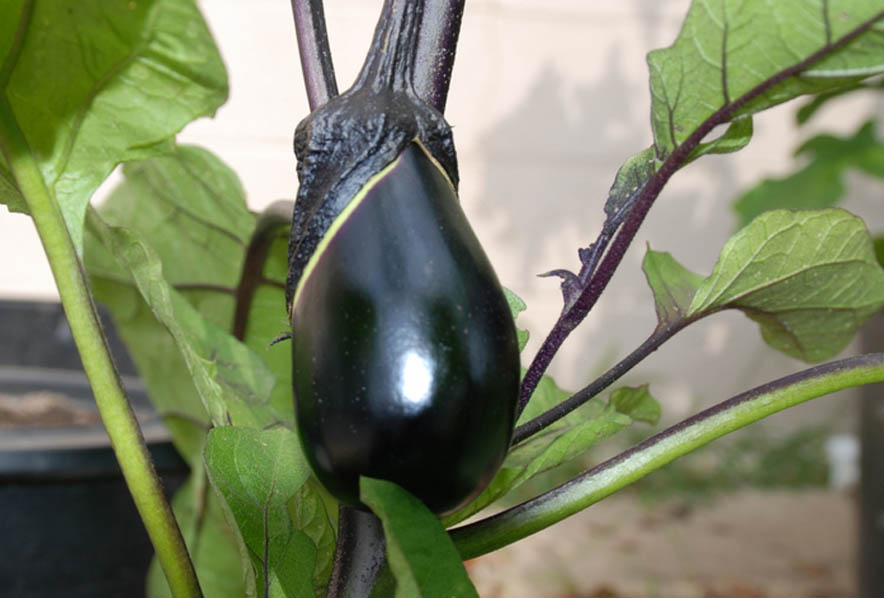 Black Egg is one of the most beautiful vegetable plants grown today – deep purple to burgundy stems with striking green leaves. An old Japanese heirloom, the plant produces 6-8, 4-6 in., 6-8 oz. pear-shaped fruit. The fruit is dark, almost black, purple. The flesh is very sweet – pick young. A good short season eggplant, Black Egg matures in about 65 days compared to 80-125 days for most other eggplants. 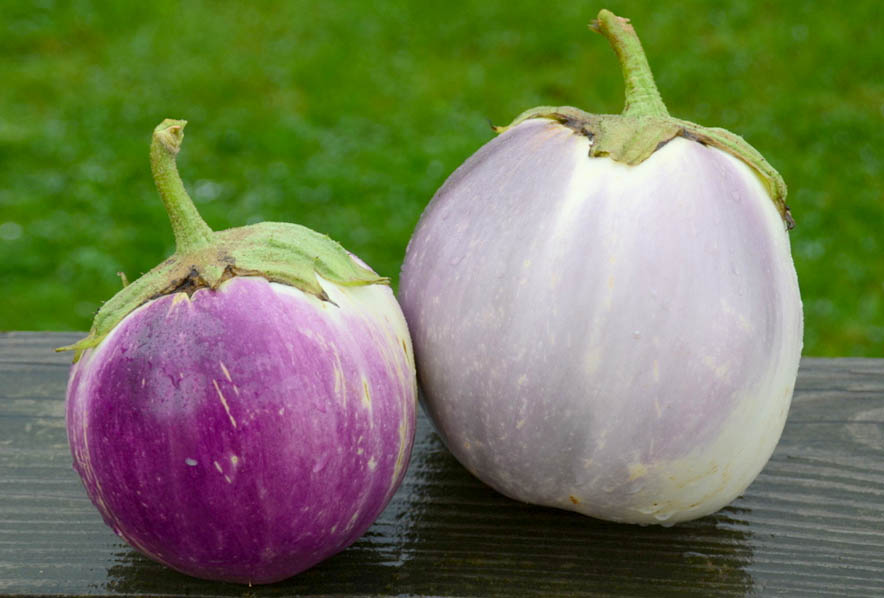 Rosa Bianca is perhaps the most beloved of all italian eggplants. Introduced into the US in the early 20th century by Italian immigrants, the round (4-6 in. diameter), 12-16 oz. fruits are rosey lavender and white with sprays of pink. The flesh is mild, sweet, firm, delicious. The true eggplant parmigiana eggplant. Plants only produce 2-4 fruit per plant.

As many of you know, I think tomatoes and peppers and eggplants grow best in containers. If you are going to grow eggplants in containers, there are a few rules you should follow. Eggplants should be grown in pots that are at least 14 inches in diameter and 14-16 inches deep: ONE PLANT PER CONTAINER. Most eggplants require staking, so plant the stake when you plant the seedling.

The absolutely best soil mix for containers is 60% crummy backyard soil, 20% peat moss and 20% dehydrated cow manure or, even better, compost. If you blatantly refuse to use backyard soil then purchase topsoil (not potting soil, special soil mixes, premium soil). Mix the ingredients together and pour into a pot.

Container grown eggplants must be fertilized every 3 weeks with full strength fertilizer that is rich in phosphorus. Tomato plant food does a good job. Plants that are not fed in this way will have limited fruiting.

I know I will receive pushback from the following statements, but I would rather be honest with you, based on my own experience, than support some horticultural myths. I would not recommend using eggplants as a learning experience for children. Though eggplants do well in containers and the fruit comes in outrageously beautiful colors, most children do not like the taste of eggplants and cannot stand the eggplant texture. There are so many fruits and vegetables that can easily capture the interest and imagination of children that I would recommend starting with those and leaving the eggplant experience for adults. 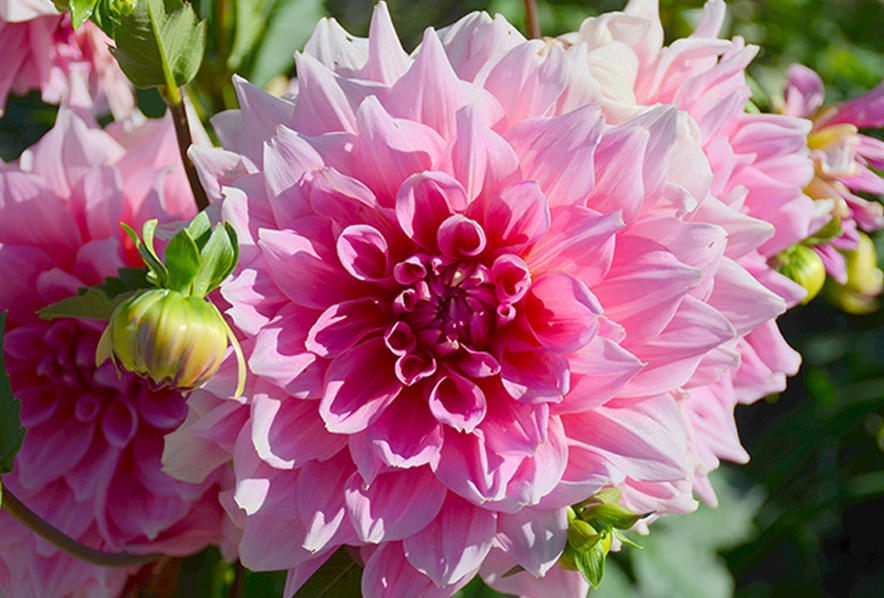 Don’t miss our “FEAST FOR THE EYES” Saturday,
2-16-2019 newsletter on Dinnerplate Dahlias