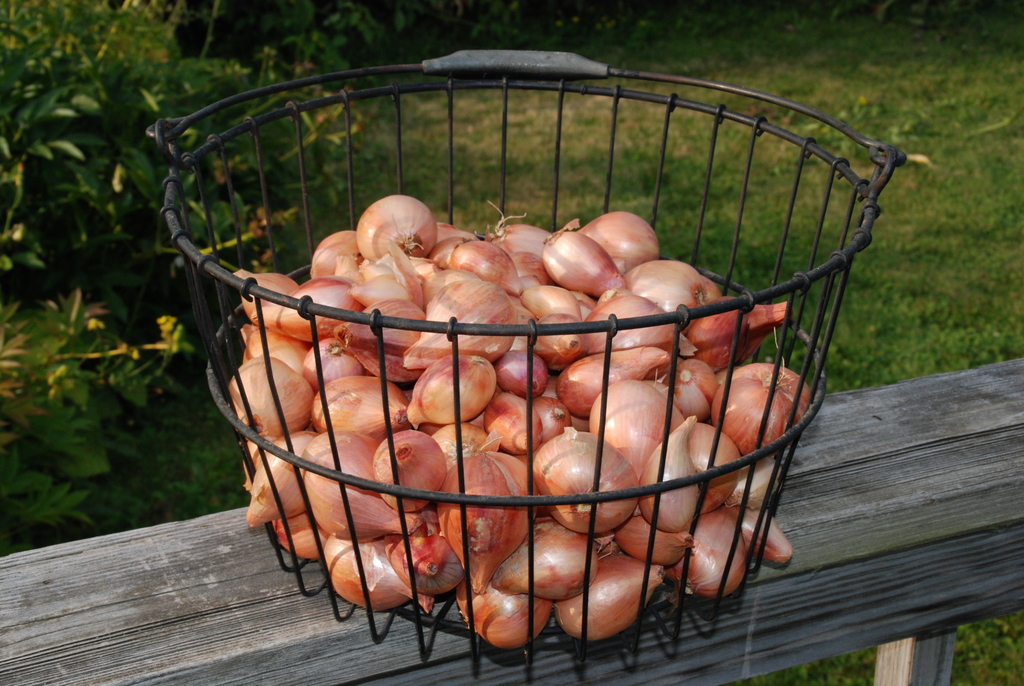 THE SHALLOTS DISCUSSED IN THIS NEWSLETTER ARE
AVAILABLE ON OUR WEBSITE AT THE FOLLOWING LINK:
https://harvesting-history.com/product-category/roots-sets/shallots/

This newsletter contains information that was discussed in our August 24, 2019 newsletter. However, if you are like me, I was not paying attention to shallots in August, so I am repeating and embellishing the info from that newsletter.

Shallots are believed to have originated in the region of Palestine and Israel, specifically a port city now a part of Israel known as Ashkelon. It is a curious fact that the term, scallion, which we use to describe bunching onions, is a corruption of Ashkelon. The shallot’s scientific name, Allium cepa, describes a group of onion-like plants including onions, walking onions and multiplier onions. Years ago, shallots were called multiplier onions, but today that term is reserved for a special class of onions. Sometime during the 1600s shallots were introduced into the United States and they have been a part of American cuisine ever since.

The shallots sets Harvesting History sells are ‘currently’ called Dutch Red Shallots – Aristo. I put currently in quotes because this shallot has a long naming history. According to the distinguished plant historian, William Woys Weaver, from his fascinating and lovingly written book, 100 Vegetables and Where They Came From, what we call the Dutch Red Shallot was originally called a banana shallot and it was indigenous to Spain. There are paintings from the 17th century which show banana shallots as part of a still life grouping, but the shallot was probably known and used as early as the 1500s.

Though this banana shallot originated in Spain it was the French who fell deeply in love with this vegetable and developed a panoply of culinary applications for it which ranged from soups to condiments to desserts.

Shallots are sold as sets, but unlike onion sets where each ‘set’ is a baby onion and will produce a single mature onion, a shallot ‘set’ can be a nearly mature single shallot and this shallot will produce 4-6 mature shallots. From a single sack of 6 shallots you should expect to get 25-40 shallots. 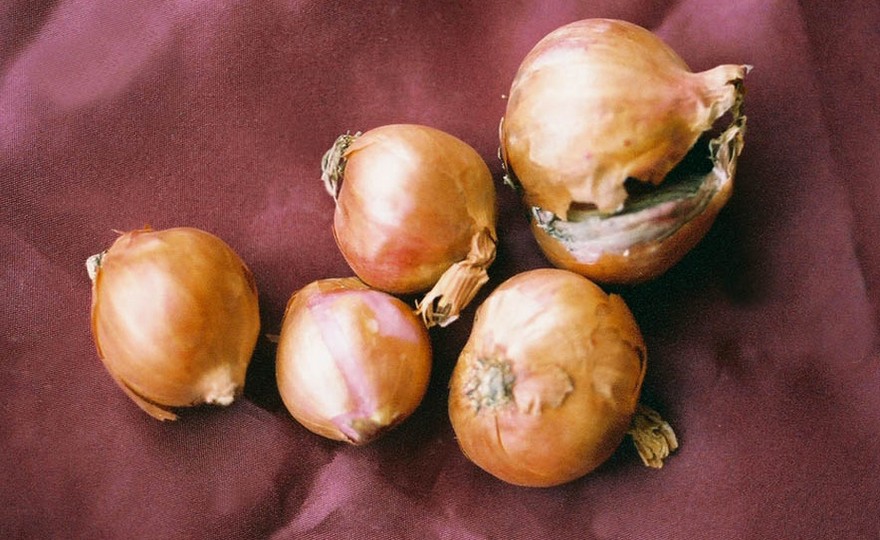 Shallots should be planted about 2 inches deep. The “Rule of Thumb” for planting garlic, onions, elephant garlic and shallots is to plant them a ‘set’ deep, meaning the depth of one onion set, shallot set, etc. However, I have found that planting at this depth is too shallow. With a good 2 inches of soilon top of the set, it is much less likely to be spit out of the soil during the winter’s many freeze-thaw cycles. Mulching with straw also helps prevent the sets from being spit out of the soil. 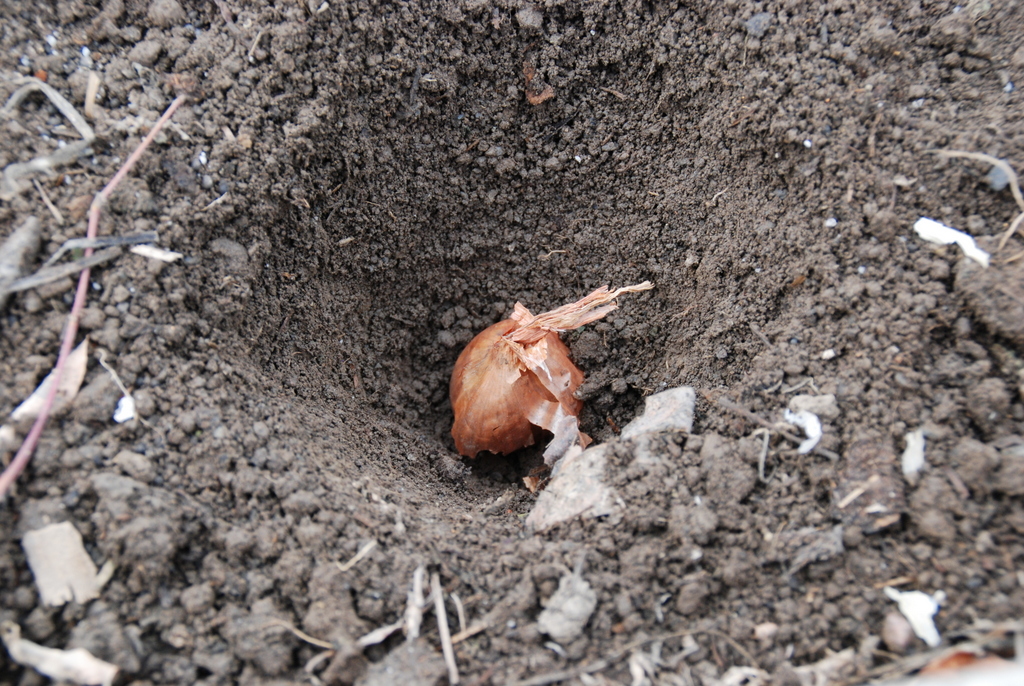 Plant your sets at least 6 inches apart in rows 12 inches apart. The shallot sets may produce a little bit of green growth during the fall, but this will die back when hit by repeated frosts. 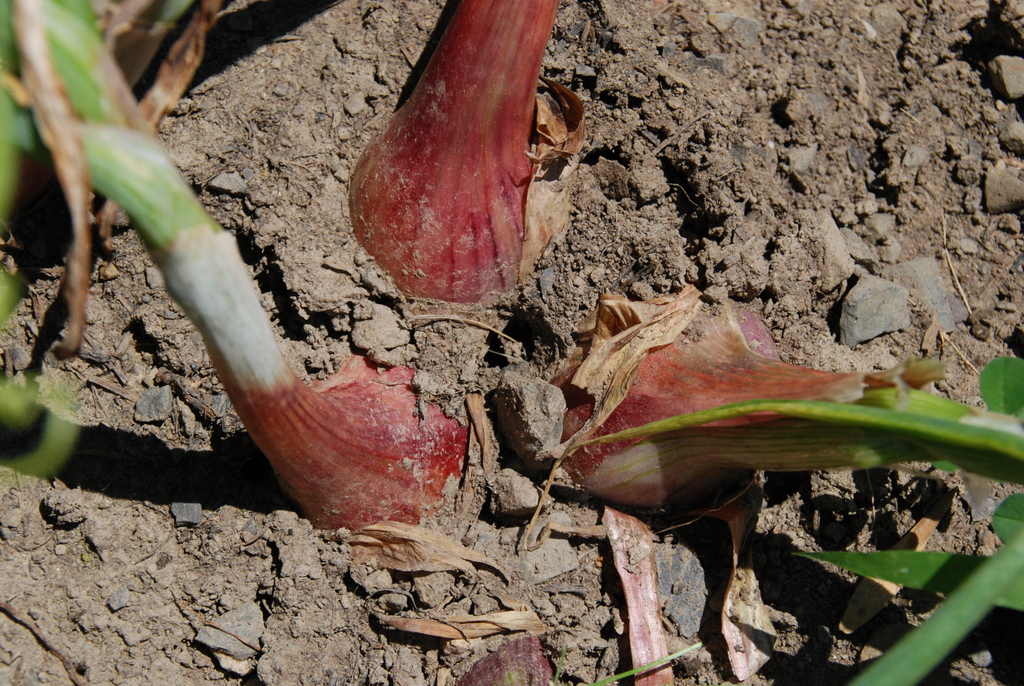 Throughout the winter, if you have access to ashes from a fireplace orwoodburing stove, dust the surface of the soil where you have the shallots planted with the ashes. They love this. In late winter, before shoots appear, dust your shallot garden with some lime. This will sweeten your shallots.

In the spring, each shallot set will begin to form a cluster of shallots and produce a grouping of small, onion-like green leaves. They are actually quite pretty and can make a lovely garden border if space is at a premium in your garden. Do not apply additional fertilizer in the spring and do not water once the shallots, themselves, have begun to break the surface of the soil. 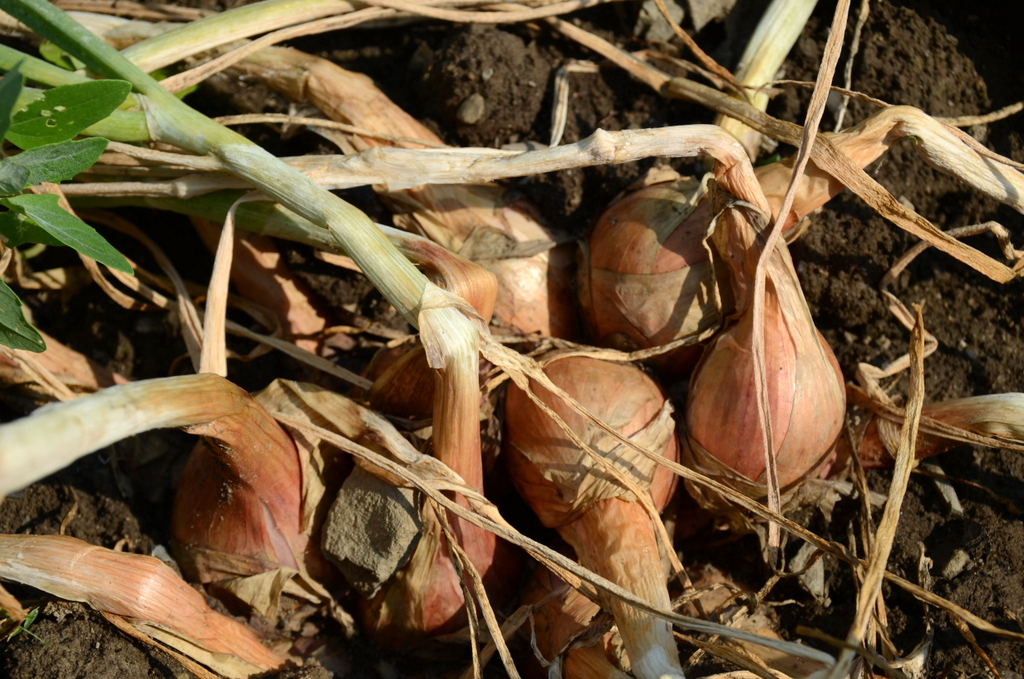 “Get Us Out of Here” – Shallots Ready for Harvesting

One of the many things I love about shallots is that they are very outspoken, and when they are ready to be harvested, they let you know. Their top growth turns mostly brown and falls over. “Get Us Out of Here” they shout, as they emerge, fully, from the soil, splaying themselves dramatically over the surface of the soil. When this happens, it is time to harvest. The shallot clusters are very, very easy to harvest – a trowel and your hand pulling the top growth of the cluster is all that you need. 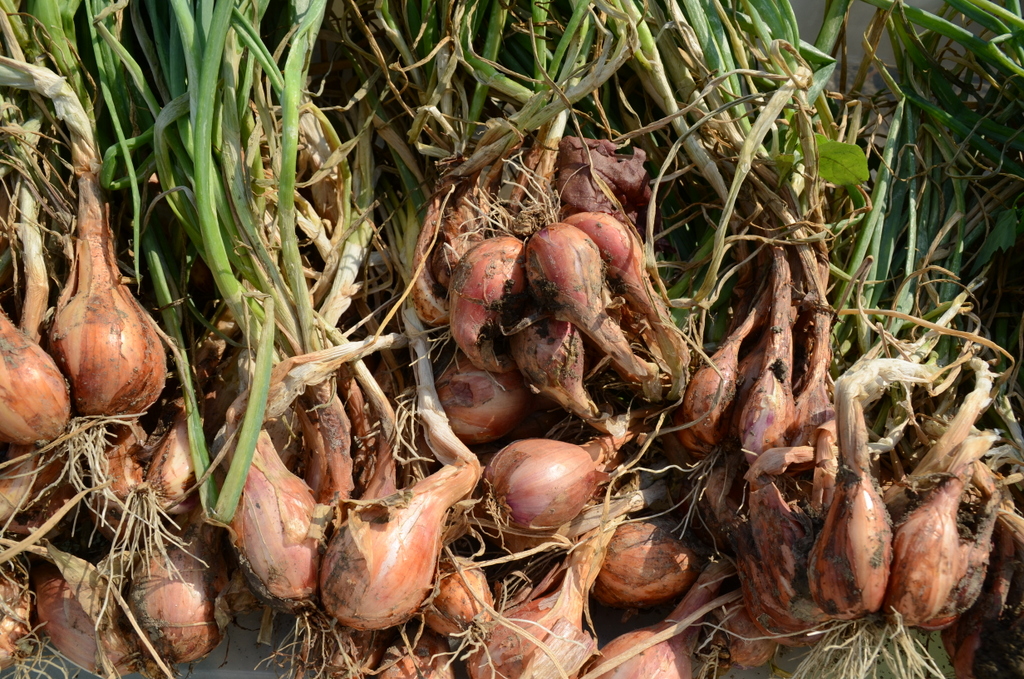 Once all the shallots have been removed from the soil, they need to be dried. Pick a dry place that has good air circulation and that is out of the direct sunlight. The place does not have to be dark. Arrange the shallots in a single layer and knock off as much soil as possible. Depending on the outsideweather, it will take 2-3 weeks for the shallots to cure.

Once the shallots have dried, you can store them, and the following advice is the most valuable of this newsletter.

Shallots deteriorate very rapidly lasting no more than 1-2 months UNLESS you store them in the refrigerator. If stored in the refrigerator, shallots last forever (well, not really, but for more than a year, anyway). I learned this lesson the hard way losing several crops to rot, so I am sharing this garden wisdom with each of you. Stored shallots last so much longer than onions or garlic. It is truly amazinShallots are such a great vegetable to grow in your gardens and so very versatile. They can replace onions in any dish, and they make heavenly, crispy fried shallots. They outlast all the other root vegetables which makes them much more economical. I hope you will try shallots this year. Once you do, they will become a permanent part of your garden repertoire. 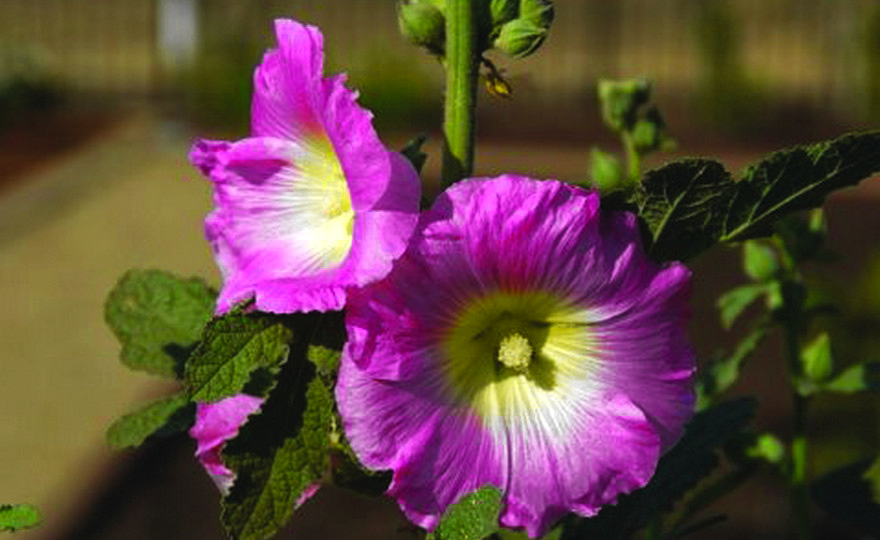 Next Tuesday we begin a short series on vegetable
and flower seeds that should be planted in November
and December. You will not believe the seeds that do best
when planted during those two months.