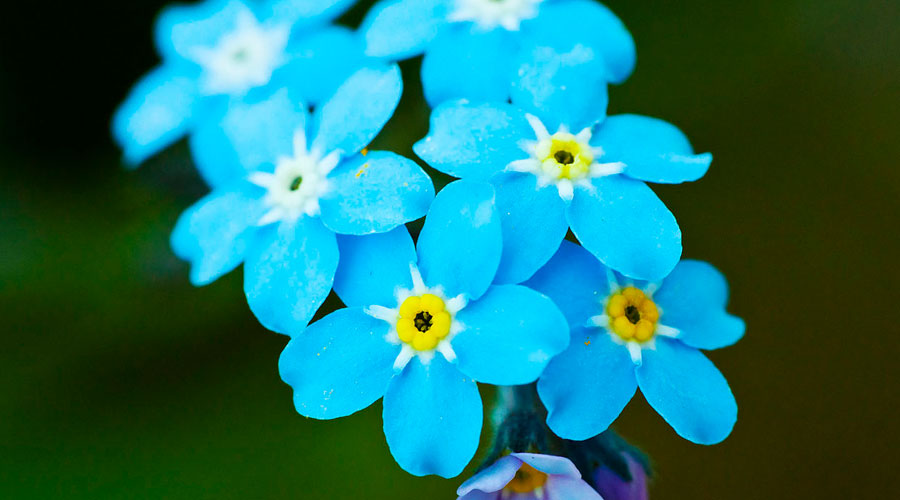 Forget Me Not  - A Little History and Some Growing Instructions

Forget Me Not, also known as Scorpion Grass and a member of the Borage family, is a temperate climate perennial plant, which was originally native to Europe, Asia and North America. The common name, Forget Me Not, comes from a German legend about a knight who died trying to get the flowers for his lover and called out with his last breath, “Forget me not!”. The Greek name, Myosotis, means mouse’s ear because the oval, furry leaves resemble a mouse’s ear. More than any other flower it is a symbol of love and remembrance.

The plant was a favorite in French and German gardens for centuries, but only gained popularity in British gardens in the 1800’s. Joseph Breck in his 1851 book, The Flower Garden, describes the plant as, “…a well known sentimental plant, bearing very delicate blue flowers, with white and yellow eyes, in little spikes or clusters most of the season…”.

The natural habitat is a warm, shady location in the woods or by streams and rivers. In Europe, the plant thrived in these locations, but it was very rare to find the plant in the wild in Britain which may account for its lack of popularity in that country. King Henry IV was the British exception. He adored Forget Me Nots and chose it to be the emblem of his court. It was said that he had the image of Forget Me Nots sown into all of his garments and many of the garments of his courtiers.