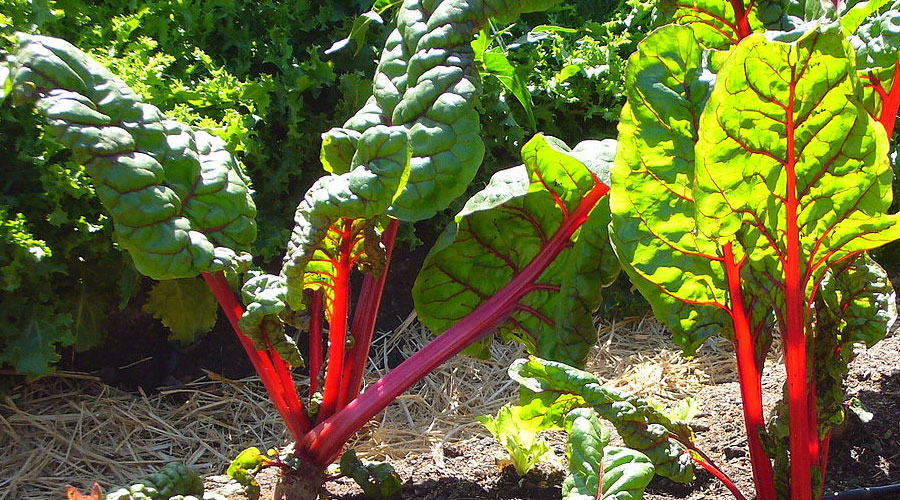 The Swiss Chard – A Little History and Some Growing Instructions

Swiss chard is a cold tolerant biennial that is closely related to the beet. It is native to southern Europe and much older than the beet. It is believed to have developed from a form of wild beet thousands of years ago. White, yellow and dark green forms of chard have been known since ancient times. Aristotle mentions a red-stalked chard around 350 BC.
Swiss chard has been grown both as a vegetable crop and also as an ornamental. It was introduced into the United States by the colonists who considered it another form of beet grown for its greens.

In the 1848 it was listed among the beets. It was written that, “This is a hardy biennial plant, with leaves larger than the red beet, and very thick and succulent. It is a native of the seacoasts of Spain and Portugal. It is cultivated in gardens entirely for the leaves, which are boiled as spinnage, or put in soups. Those of the great white or sweet beet, are esteemed for the mid ribs and stalks, which are separated from the lamina of the leaf, and stewed and eaten as asparagus under the name of chard. The great white or Swiss chard, has been introduced into this country within a few years; Those who have cultivated it give it a high character and consider it fully equal to asparagus.”

Swiss chard can be directed seeded in early spring as soon as the ground can be worked or in late summer for a fall crop. Chard is quite versatile because it can withstand summer heat and mild frosts. Plant seeds thinly, ½ inch deep, in rows 18-24 inches apart. Thin seedlings to 8-12 inches apart.

Harvest swiss chard by cutting off individual stalks from the entire plant leaving 2 inches of stalk at the base. Leave the plants in the ground and they will produce a second crop with smaller leaves.