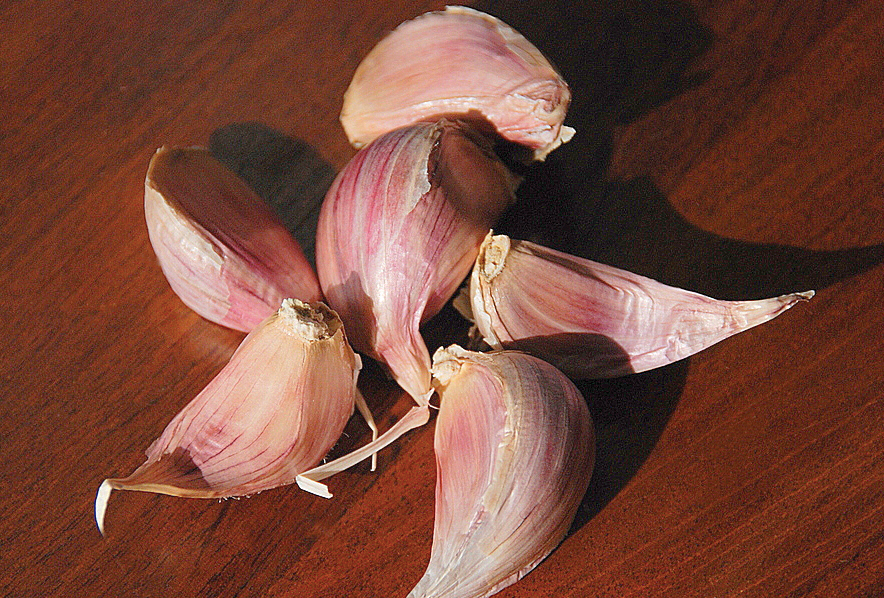 Everything You Ever Wanted to Know About GARLIC!!

In July we began a newsletter series on garlic which will span 8 newsletters in total, and by the end of this series you will have learned all you ever wanted to know (and then some) about garlic. For those of you who are about to click on the Unsubscribe Button, please don’t! The reason we are dedicating so much writing to garlic is that it can be grown almost anywhere in the US, it is easy, dependable and fascinating to grow, and it is one of the healthiest vegetables you can consume. In grocery stores and health food markets, you can only find a few different kinds of garlic, so it is best to grow your own.

The Asiatics are not well known in the US, and they have never been grown on a commercial scale except by some of the small, independent garlic growers. Originally, the Asiatics were thought to be closely related to the Artichoke garlics which are softnecks. However, DNA studies now indicate that theAsiatics are most closely related to the Striped garlics which are hardnecks. Still, this group is not composed entirely of hardnecks. Of the three Asiaticswe are going to discuss in this newsletter, Asian Tempest and Pyongvang are hardnecks and Korean Mountain is a softneck.

The Asiatics have numerous distinctive features. Most possess incredible flavor rivaling the Striped garlic groups. Many produce beautifully colored cloves which are reminiscent of the Creole garlic group. Their clove wrappers are unusually thick, and their bulb wrappers frequently display lovely purplestriping. Some are excellent storers despite being hardnecks.

The two most unusual features of the Asiatics are the shape of their umbrel ‘beaks’ and the timing of their harvesting. In Part I of this series on garlic, we explained to you that many garlic varieties produce a central stem called a ‘scape’. The scape is actually a flower/seed stalk, and with most garlics itshould be removed as soon as you see it.

The umbrel is capped with a short, pointed ‘hat’. This ‘hat’ is called a ‘beak’. Garlic beaks are usually 1-2 inches long and quite thin. The beaks of Asiatics are very long (3-6 inches) and very broad (resembling a long, wrinkled bean pod-Ron Engeland, 1995). Asiatic beaks are so distinctive that they form an architectural feature in the garden.

The bulbils of Asiatics are huge. Some umbrels contain only 3-4 huge bulbils compared to 20-30 bulbils for other garlics. Unlike the bulbils of other garlics, Asiatic bulbils can produce a small bulb within a year of planting. They are often gloriously colored in shades of deep burgundy, brown or magenta.

The second unusual feature about Asiatics is the timing of their harvest. With other garlics, you wait until the entire stem has turned 2/3 brown and then you harvest. For Asiatics, as soon as you see the stem beginning to turn, you need to harvest. Asiatics have fragile bulb skins which are prone to splitting if the bulb is left in the ground too long. When the skins split, the cloves do not last very long. Also, Asiatics will store longer if they are harvested early.

One final distinctive feature about Asiatics is that unlike other garlics, you do not have to remove the scapes when they appear. The production of scapes in Asiatic garlic does not compromise the size of the bulbs. So if you really want to watch the development of scapes, plant some Asiatics and be entertained.

Korean Mountain (pictured above), despite its name, was collected in the Republic of Georgia. It is an Asiatic and it is a softneck. The plants are quite vigorous and mature very early. The lovely, purplish bulbs contain fairly large cloves. The flavor has an initial burst of heat which subsides rapidly. Best of all, Korean Mountain stores for a very long time. 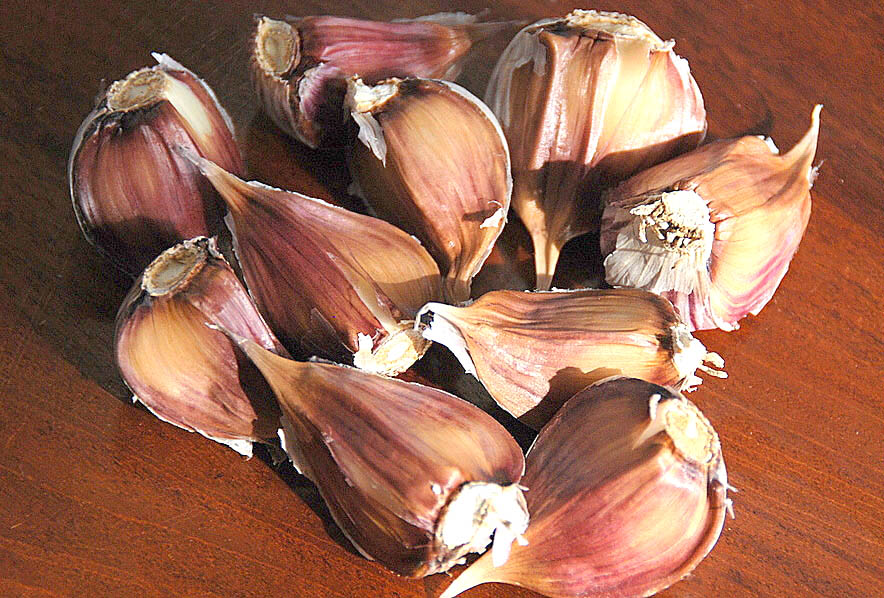 Asian Tempest was collected in South Korea and introduced into the US by famed garlic collector, Horace Shaw of Sweetwater Farm in Oregon. This is the best known of the Asiatic garlic cultivars and for good reason. Its flavor is outstanding. When raw, Asian Tempest is quite hot, but the heat is not long lasting and is subdued by the rich flavor. Cooked, the heat becomes mild and the rich flavor intensifies.

Asian Tempest is one of the Asiatics that when harvested early will store very well. 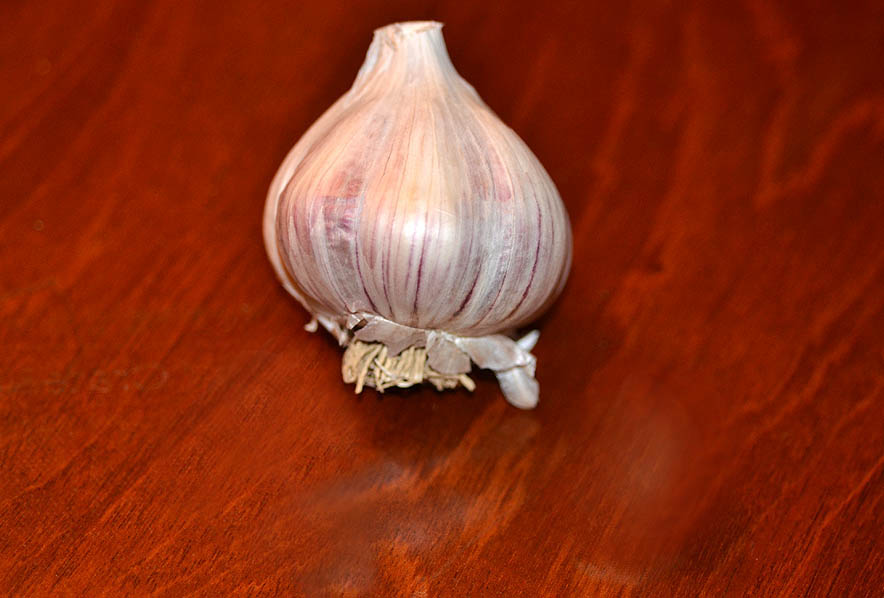 Pyongvang is a personal favorite of mine. Pyongvang comes from North Korea near the city of Pyongvang. When I first planted it about 8 years ago, the cloves were small and not very distinctive. When I harvested it the next year, each bulb was not huge, but the individual cloves were quite large and the flavor was exceptional, and the bulbs stored for nearly a year. My own Pyongvang produces bulbs with 4-6 cloves. The cloves are beautiful – brown to magenta. The bulbs are wrapped in white with purple streaks.

I love the Asiatics. For me they combine what is important, exceptional flavor and good storage capability. In the garden, they are some of the most interesting garlic plants that I grow. 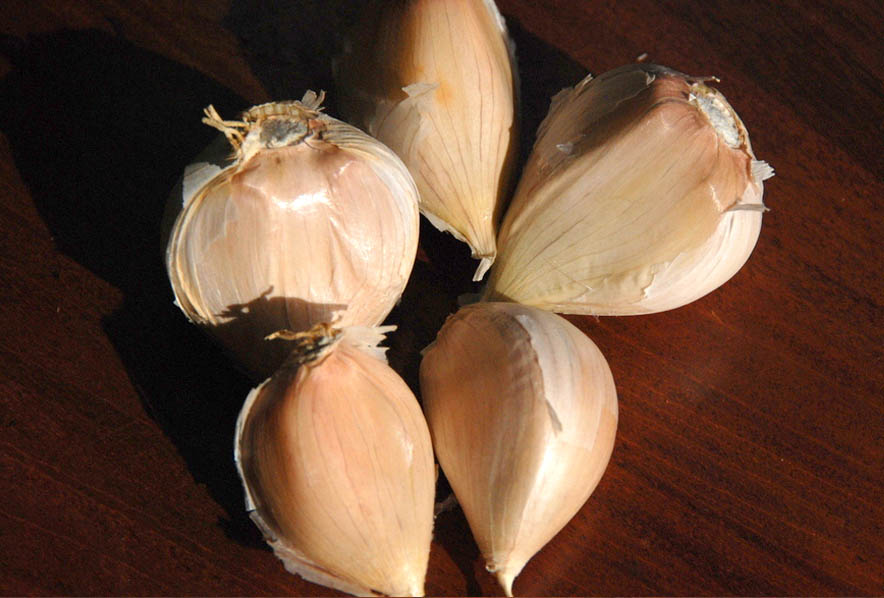 All of the garlic varieties discussed in this newsletter are available on ourwebsite. We sell out of garlic quickly, so if you are thinking about ordering,please do it soon. 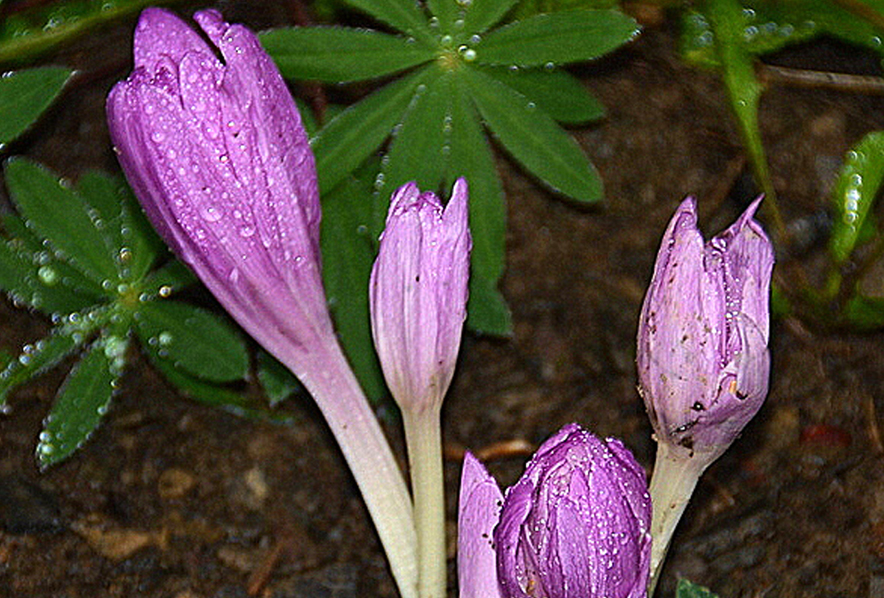 • If you want them, you must order NOW!

• We begin shipping these bulbs August

• They will come back each year

• You will not be able to purchase these bulbs this fall, and they are not
available in the spring

• Don’t miss this chance to transform your weary autumn garden into a
floral paradise.

Visit our website today to find your
FALL BLOOMING BULBS at the following link: