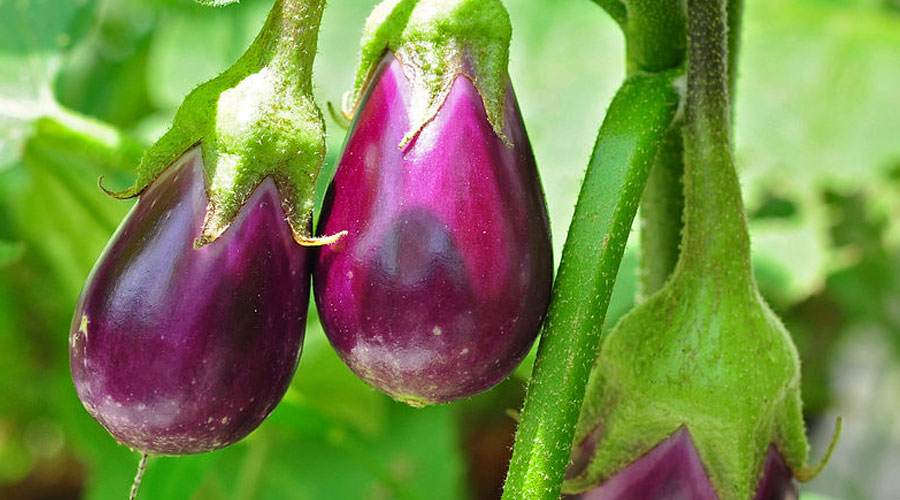 The Eggplant – A Little History and Some Growing Instructions

Eggplants originated in China and India and have been cultivated there for thousands of years. The Spanish Moors introduced the eggplant into southern and Eastern Europe where it became very popular. The early explorers of the New World introduced eggplant into the Americas in the 1500s, but the plant never caught on. For many years, Americans were suspicious of the plant because it belonged to the Nightshade family, of Deadly Nightshade fame. Eggplants, tomatoes and potatoes all belong to this family and many Americans thought the vegetables were poisonous.

In the 1848 two varieties are listed Large Purple and Early Purple. They were described as egg plant or melongena as he called the plant in the following way, ““This vegetable is a native of Africa; hence the name Guinea Squash by which it is designated in the southern states. Of late years it has become of very general use, and large numbers of them are grown for the Philadelphia market; they are used in stews and soups, and cut in thin slices and fried. In the latter mode they closely resemble oysters similarly cooked.”

For the better part of three centuries, Americans have known the large purple eggplant. In the 1960’s, some of the smaller Japanese varieties were introduced for home gardeners. Only recently has America embraced the extensive varieties of Indian, Italian, Japanese and Chines eggplants.

The eggplant family is one of the largest and most diverse of the vegetable plant families. The size and shape of the plants and the size and shape of the fruits vary tremendously, but all eggplants were originally tropicals. They love and require heat. It can almost be said, “the hotter, the better”. We believe it is this requirement for heat that makes eggplants an ideal container vegetable. Every eggplant that we know of will grow in a container. Some, like the Thai Green Pea, will require staking and some will not. Eggplants produce prolifically in containers. They love the heat coming off a brick, stone or concrete wall on a patio.
Because eggplants require a long growing season, usually 120 days or longer, eggplants should be started indoors in flats, 8-12 weeks before the last frost date. Transplant to the garden or container about 3 weeks after the last frost date. Plant 18-24 inches apart in rows spaced 36 inches apart. In containers, plant 3 eggplants per half barrel. Eggplants thrive in rich, sandy loam soil, but they are not finicky about soil and will also do well in average soil. Eggplants do not like to be overwatered and only lightly fertilize about once a month. Once the nighttime temperatures are above 70 degrees, the plants will set fruit continuously as long as ripened fruit is routinely harvested.