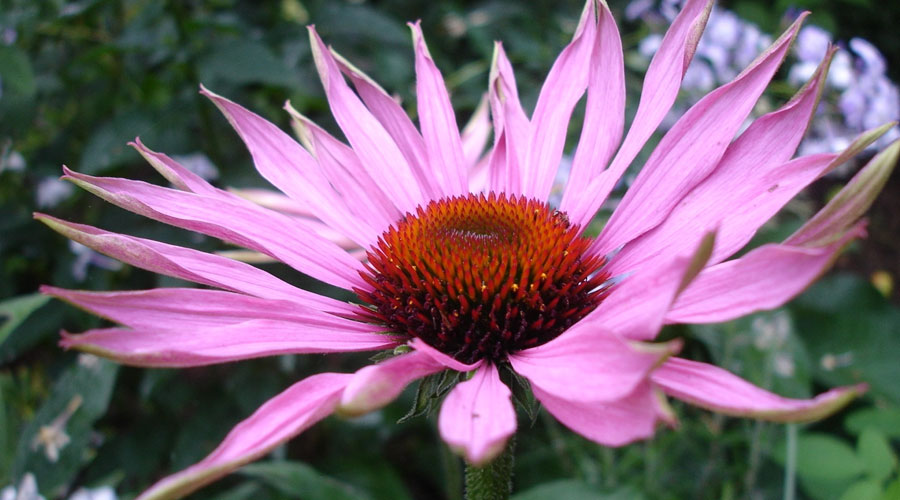 Echinacea (Purple Coneflower) – A Little History and Some Growing Instructions

Echinacea, also known as Purple Coneflower or the Sampson root, is a true American native and one of the hardiest perennials available. The plant was used medicinally by the Native Americans of the Great Plains more than any other herb. It was the Native Americans that discovered that the roots contained valuable medicinal attributes. These cultures used the plant to treat snakebite and the bites of poisonous insects. The juice was used to bathe burns and was added to the waters sprinkled over coals during the traditional purification ceremonies known as “sweats”.

The plant was first identified and described during the Lewis and Clark Expedition of 1904-1806. It grew in great profusion in the prairie lands of the Midwest and in open woods. It ranged from southern Canada to Texas.

In 1885, a Dr. H.C.F. Meyer, who had learned from some Native Americans of the plant’s healing qualities, convinced the Cincinnati-based pharmaceutical manufacturer, Lloyd Brothers, to offer extracts of the plant as an anti-infective agent. By 1920, Echinacea was the firm’s most popular plant drug and was known and used widely throughout the United States. The plant lost its popularity when in the 1930’s more effective anti-infectives were introduced into the marketplace.

Purple Coneflowers are some of the hardiest and most forgiving plants grown. They can tolerate almost any kind of soil, but they will thrive in soil amended with compost and phosphate in the spring. The plants can be started easily from seed if you wait until the soil is warm enough – at least 70 degrees. Sprinkle the seeds on soil which has been turned and raked. Cover the seeds with 1/2 inch of soil and moisten. The seeds will germinate in less than 2 weeks. Thin seedlings to 18 inches. The plants will bloom starting in late July and will continue until the end of August.