The Pumpkin and the Squash 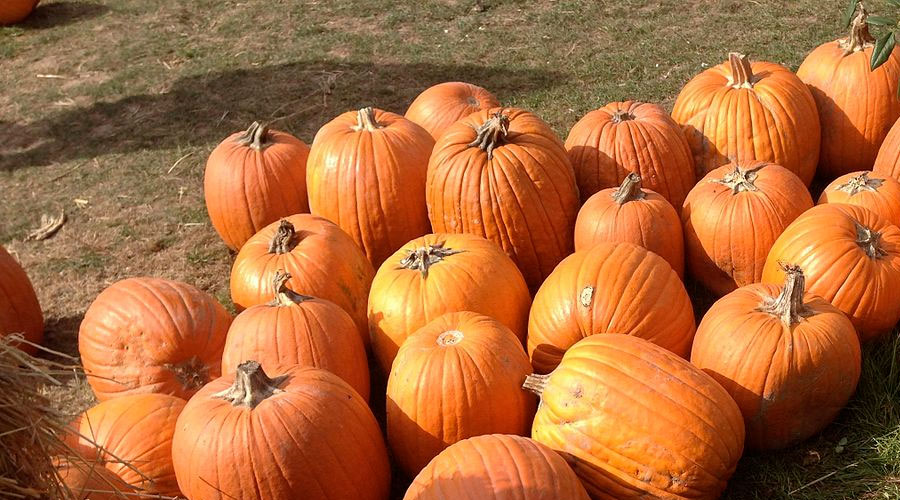 Start squash and pumpkin seeds indoors, 3-4 weeks before the last frost date. Prior to transplanting, work generous amounts of compost or dried manure into the soil because squash and pumpkins love rich, well-drained soil. Never crowd squash. Competition for sun, space or nutrients will decrease the number of female flowers and thus the production. Transplant squash to hills, 3-4 plants per hill with at least 12 inches between plants. For bush varieties, hills should be 5 feet apart. For vining varieties, hills should be 10 feet apart. Covering the hills with 6 mm black polyethylene plastic is recommended. The plastic keeps the soil warm, protects against insects and soil borne pathogens, reduces weeding and leads to earlier and higher yields.

Harvest summer squash when it is still young and tender – usually when the plants are 4-8 inches long or the patty pans are 3 inches in diameter. The more you pick summer squash, they more they will produce. If the squash get overgrown, harvest and use them for baking. Harvest winter squash when they are full grown, their skins have turned color and hardened and they pass the “thumbnail test”. That is, when the skin resists puncture by a thumbnail. Winter squash will keep for months if left in a cold, dry, dark storage area.