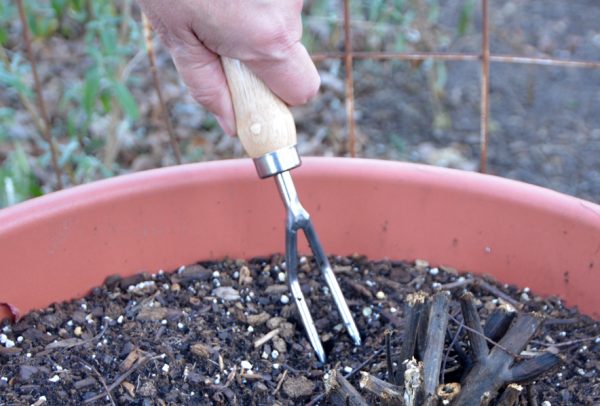 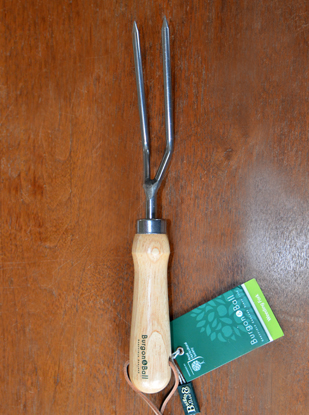 This tool has broad applications for container gardening as well as general gardening. It can be used to cultivate soil in small areas, to remove broadly rooted weeds and dead or dying small to medium-sized plants and shrubs. First introduced by the British in the 1800s, the Burgon & Ball Weeding Fork has received Britain’s Royal Horticultural Society’s Endorsement of Distinction for its exceptional versatility and long-lasting construction.

The Weeding Fork is a two-tined fork constructed of a tempered stainless steel. Each tine is rounded, not flattened. The stainless steel end measures 6 inches with each tine measuring 5 inches. This stainless-steel head is anchored firmly in a 5.5 inch, hardwood handle.

The Weeding Fork is more commonly known in England as the Jekyll Weeder. It was named after the famous horticulturalist, Gertrude Jekyll whose favorite weeder looked just like the Weeding Fork. The British have probably given the world more specific purpose gardening hand tools than any other culture.

The tool makes an elegant presentation with its rounded, shiny steel tines. The Weeding Fork is useful as a small hand cultivator and what the Brits call a grubbing tool. Grubbing is British for random weeding. The wooden handle nestles snugly in the hand for a firm, but comfortably strong grip.

One of the great advantages of this tool is that it works very well in containers to both remove and relocate plants as well as to discreetly turn the container soil.

All weeders multiply the native capabilities of the human hand. There are three classes of weeders: those that chop or pull the roots through the soil like fingers shaped like a claw; those that mimic the edge of a hand for slicing off weeds, and those that function like a hand’s ability to pinch grasping the weed roots and yanking them out of the ground. The Weeding Fork belongs to the first class.

Remember, the weakness of most hand weeders lies in their metal heads. The maneuvering forces which allow the tools to remove weeds and their roots leads to bending, weakening and ultimately breaking. Because of this, the best hand tools are always constructed with a certain amount of spring built into their design. They can then give and rebound against obstacles. Such is the design of the Burgon & Ball Weeding Fork. 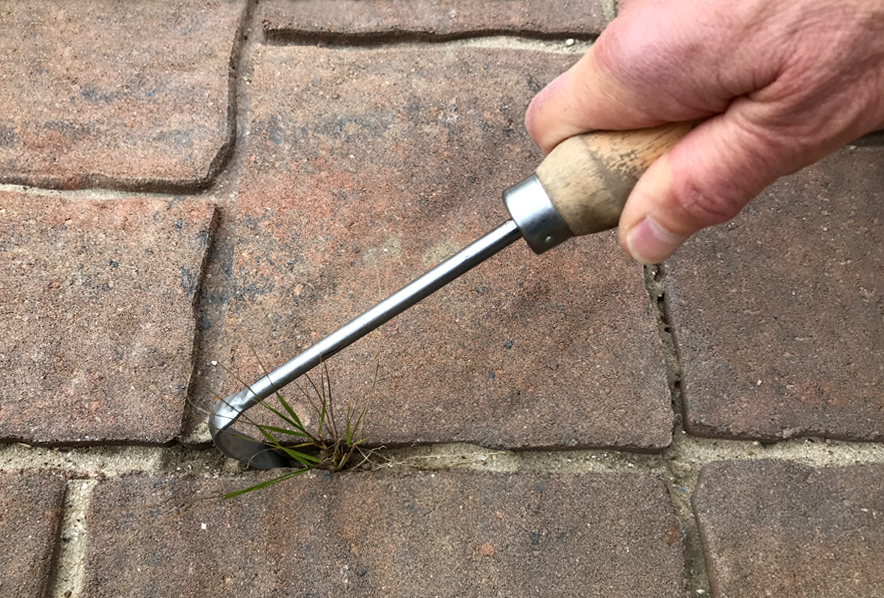 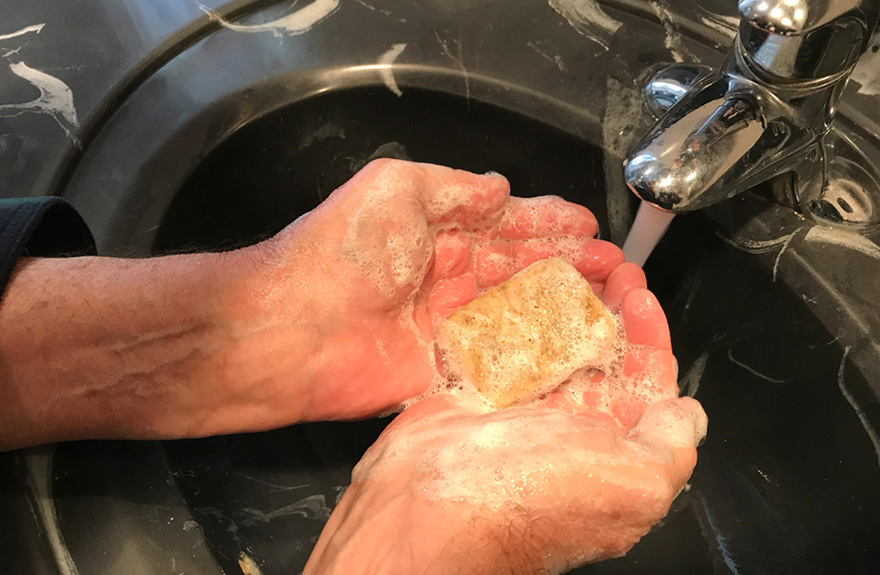 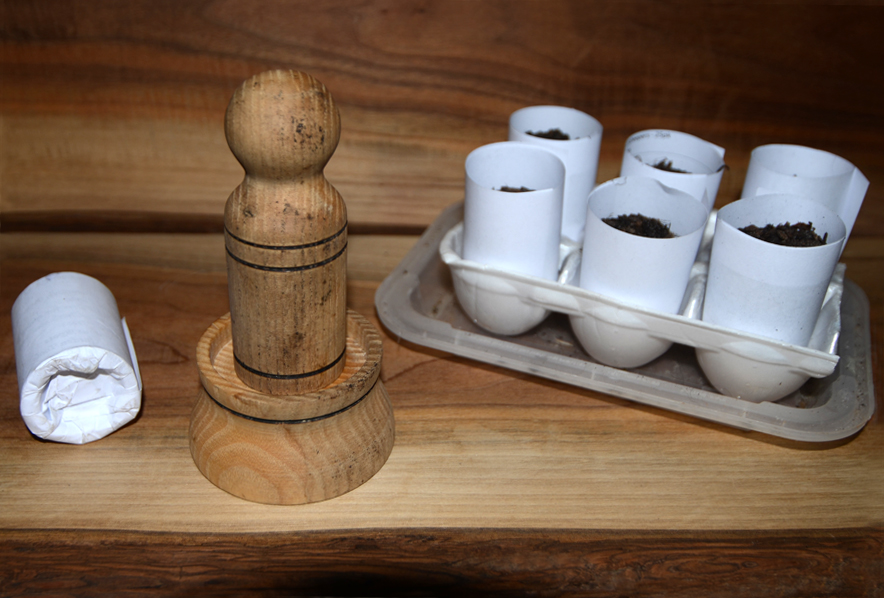 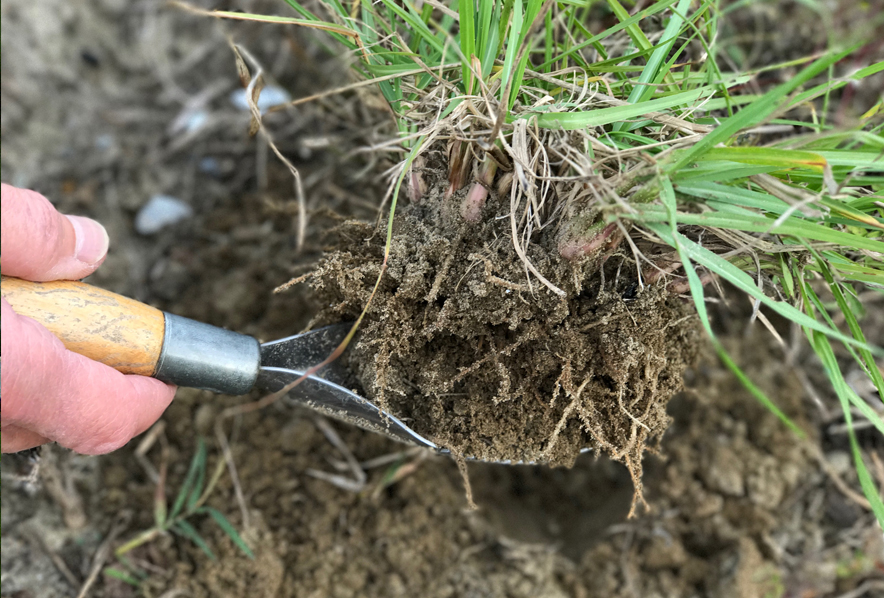 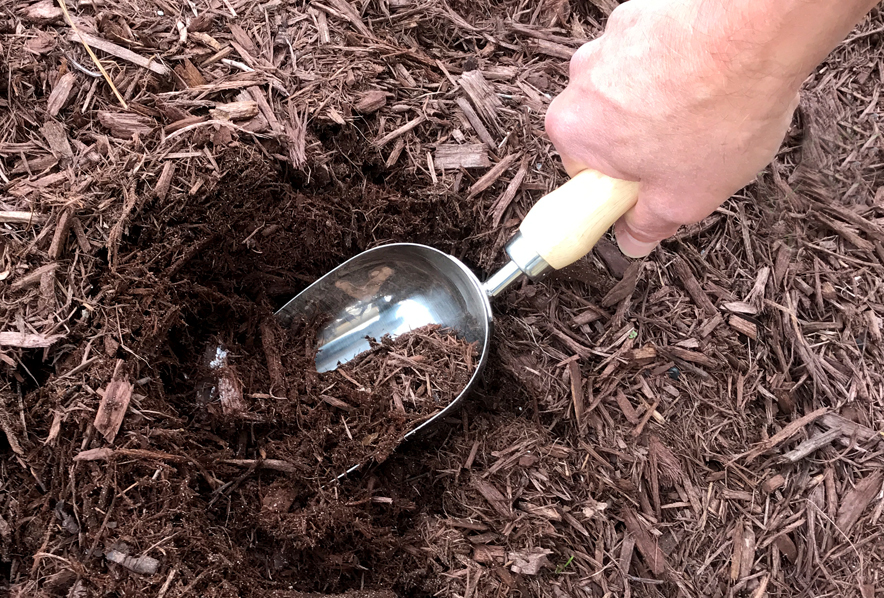