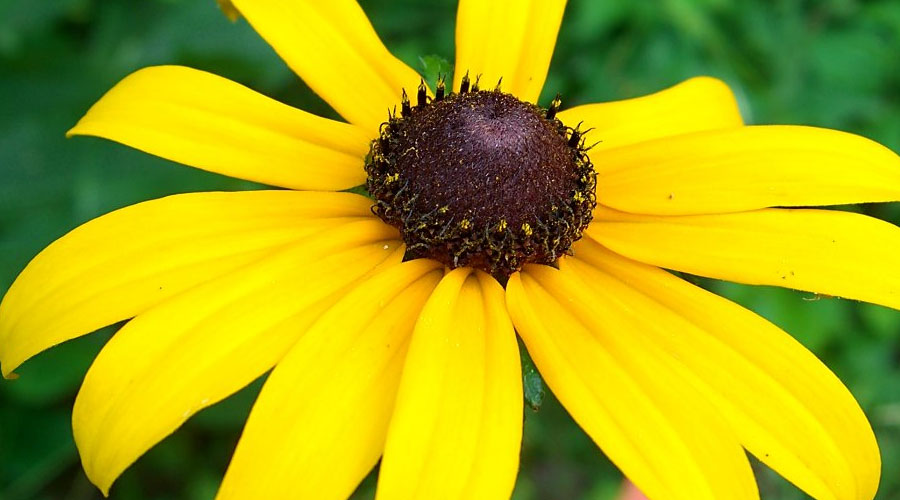 Black Eyed Susan – A Little History and Some Growing Instructions

Black Eyed Susans are indigenous to many sections of the United States. They were introduced into Europe soon after Columbus’s visits and were named by Linnaeus in 1753. Linnaeus gave them the Latin name Rudbeckia Hirta after his mentor Olaf Rudbeck and hirta meaning rough, hairy. The plant was known and used by many Native American tribes. The Native Americans used the plant to wash sores and swellings, as a poultice for snake bites and for treating worms and colds in children. In 1918, the Black Eyed Susan, Rudbeckia Hirta was designated as the Floral Emblem of the State of Maryland. Each year this flower has its moment of glory when a huge drape made of hundreds of black eyed susans is lifted onto the back of the horse that wins the Preakness – the second jewel of the triple crown of horse racing.

Rudbeckia Hirta is an annual that self seeds prolifically. It grows in full sun or partial shade. It is drought, heat and soil tolerant. For best results, plant seeds in the spring after the threat of frost has passed. Plant at a depth of no more than 1/4 inch. Seeds will germinate in less than 2 weeks. Mature plants should be separated by at least 8 inches. Plants will produce flowers by mid-summer and will continue to bloom until the first hard frost.