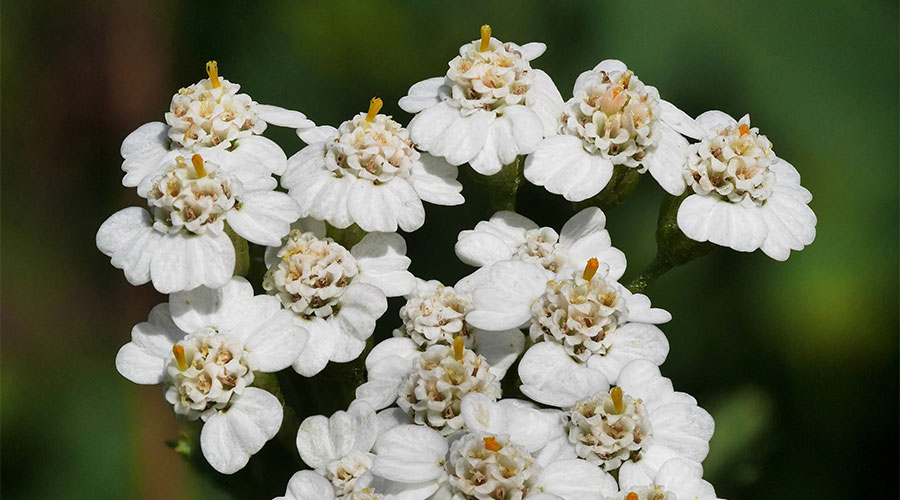 Achillea  – A Little History and Some Growing Instructions

Achillea also known as Yarrow or Sneezewort to 19th century Americans is a vigorous and hardy perennial native to Europe, Asia and the Americas. There are white, yellow, red and pink varieties. According to Breck, in his 1851 book, The Flower Garden, the pink species was native to the United States. In general, the plant was known for its wound healing abilities, but the red variety was prized for bladder troubles and ulcers. Achillea is a very old plant. Pollen has been found at the burial sites of Neanderthals which would mean that it has been used by humans for at least 60,000 years.

For the Native Americans, the plant was an important member of the medicines used by more than 46 different tribes. The Native Americans used Yarrow for bruises and sprains, bowel complaints, bloody urine, tooth-, ear- and headaches, burns, sore throats, indigestion and a number of other ailments.

The Shakers also considered Achillea to be an important medicinal herb. They used it as an astringent, detergent, diuretic, aromatic and stimulant. They also used the plant in the dying of fabric. The yellow flowers produced a vivid color and the flowers combined with the rest of the plant could produce an olive color. The Shakers also found that the plant dried well and could be used for decoration.

Achillea can be grown easily from seed. They need full sun, but can grow in many different kinds of soil. They will not do well in soggy soils. Plant in the spring after the danger of frost is gone. Cover seeds with about 1/2 inch of soil. Germination should occur in less than 2 weeks. Plants should be spaced no closer than 2 feet. The plants will grow to a height of 24-30 inches. Blooms begin in early summer and continue well into the fall. Mature plants can be dug up in the spring and divided. This should be done about every three years to keep the plants from getting leggy and to maximize bloom potential.